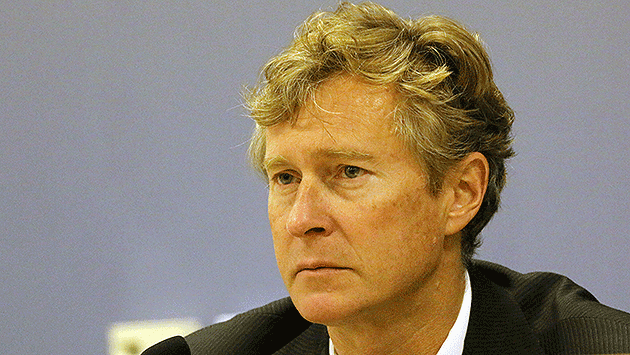 "The cost is outrageous," Alderman Don Wilson, 4th Ward, said Monday night, as he cast the only vote against approval of a Divvy bike-sharing agreement for Evanston.

Wilson, an avid cyclist, said he was extremely excited about the bike-sharing concept when he first heard about it, but became "extraordinarily disappointed with the way the product has evolved and the cost."

In addition, he suggested that the need to have trucks driving around all day to relocate bikes from one docking station to another wasn't very environmentally friendly.

Divvy's rate structure is designed to encourage cyclists to limit their rides to short commutes of 30 minutes or less.

A rider can buy a daily pass for $7 or an annual membership for $75. Both include unlimited trips of 30-minutes or less.

But penalty fees start piling up after that. For annual members they are $1.50 for the first half hour, $4.50 for the next half hour and $6 for every 30 minutes beyond that. For daily pass buyers the overage charges are even higher.

Alderman Judy Fiske, 1st Ward, said she was willing to support the program, but still worried about the penalties. "I think we'll have a lot of young people using it who may not have a clue about the cost," she added.

Alderman Peter Braithwaite, 2nd Ward, said he was concerned that only one site is being proposed for the city's west side, at Evanston Township High School, and said he had doubts about that location. .

The city's sustainability coordinator, Catherine Hurley, said the system will provide lots of data on where bike rides start and end. She suggested that by next fall, after the system's first warm-weather season, officials will be able to work with the system operator to shift resources around if needed.

Hurley also said the city would recruit businesses to sponsor the program as a way of covering expected shortfalls in operating revenue.

Evanston chose the Divvy system largely because it is already in use in Chicago — which meant riders will be able to use it to commute between the two adjacent communities.

Some other towns, including Madison, Wis., have managed to strike more financially favorable deals with a competing vendor. Bcycle, which is linked to Trek, the Waterloo, Wis.-based bike manufacturer.

Divvying up the Divvy bikes, and the cost