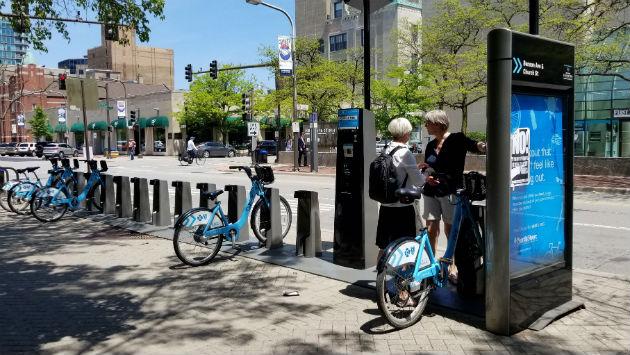 In a survey of Evanston residents the Divvy bike share program topped the list of programs respondents say they’ll like the city to stop spending money on.

The online survey, which concluded earlier this month, drew more than 3,000 responses.

Participants were asked to review a list of 46 city programs and choose 10 they thought were most important to maintain, and 10 they’d select for budget cutbacks.

If the current net cost of all of the programs on the hit list survey participants identified were eliminated, it would save just under $1.4 million, or just under half of the city’s anticipated $2.9 million general fund budget deficit for next year.

It may be possible to save some programs while eliminating their out-of-pocket cost to the city. For example, the city is in the midst of renegotiating its deal with the Divvy service provider, and there’s some hope the program could still operate and be budget-neutral next year.

Activists supporting non-profits funded by the city’s Mental Health Board and backers of the city’s youth services programs mobilized as soon as plans for the survey were announced, and those programs ended up with some of the greatest support from survey respondents.

The City Council is scheduled to receive a report on the survey results at its meeting tonight.