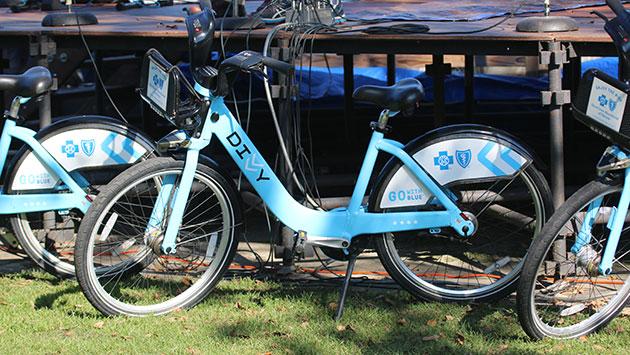 Aldermen will get an update tonight on plans to locate eight Divvy bike-sharing stations in Evanston and proposals for covering the cost.

After surveys and analysis, city staff has come up with eight proposed general locations for Divvy stations and plans even more surveys and a public meeting before recommending a final set of target areas to the City Council in January.

Then staff would work to come up with specific sites and hold a variety of meetings with neighbors to refine those recommendations.

The goal is to have the new bike rental system operating by next June. 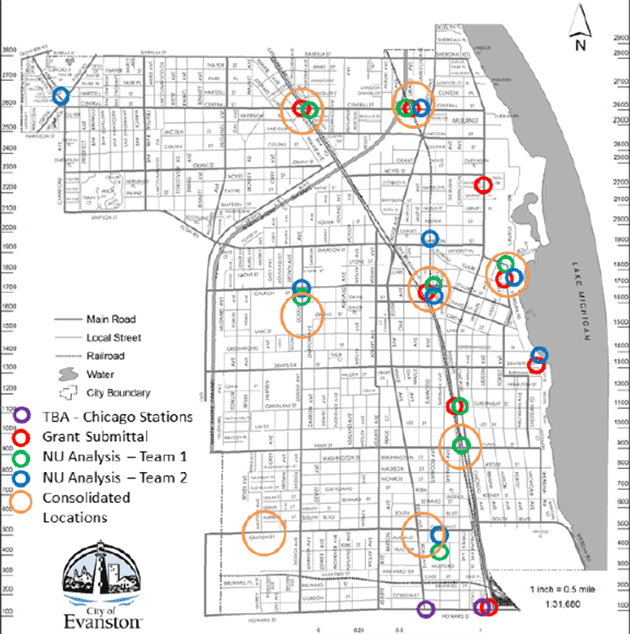 The "consolidated locations" identified on the staff-prepared map above could potentially place at least one Divvy station in just about every ward of the city, except the 6th Ward in northwest Evanston.

While most of the initial $432,000 project capital cost is being covered by a state grant, the city is required to provide an $80,000 local match, which the aldermen will be asked to approve tonight.

The program is also expected to generate rental fees covering only about two-thirds of the annual estimated operating cost of $192,000.

So aldermen will also be asked to approve a plan to ask local businesses and organizations to help cover those costs with contributions in return for advertising opportunities at the stations and on program materials.