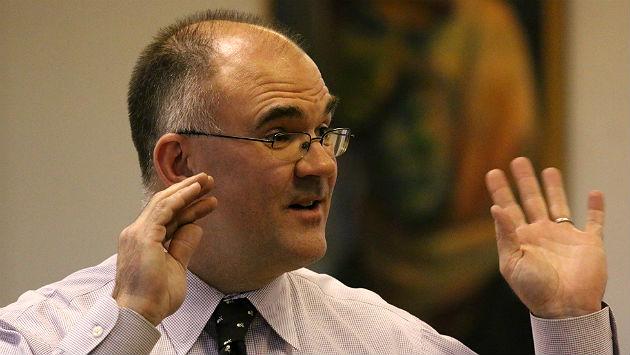 Evanston aldermen were told Monday that while the city's dog beach has been swallowed up by Lake Michigan and other beaches have shrunk, it's all the result of long-term fluctuations in lake levels — and there's little to do about it except wait for those levels to drop.

Jon Shabica, vice president of the Northfield-based coastal consulting firm Shabica & Associates, said that over the past 30 years the water level in lake Michigan has cycled twice through a range with a variation of about six feet, and after reaching a low point in 2013, it has rapidly risen 4.5 feet to where it is today. 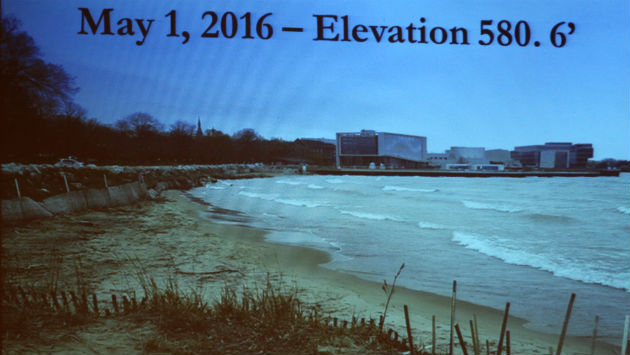 Two images of the dog beach, a little over three years apart.

In a presentation illustrated with charts and photos of the change in lake levels, Shabica also said that because of the complicated approval process, involving six different government agencies, it could take eight to 16 months for the city to win approval for any effort to rebuild the beach or make other changes along the shoreline. 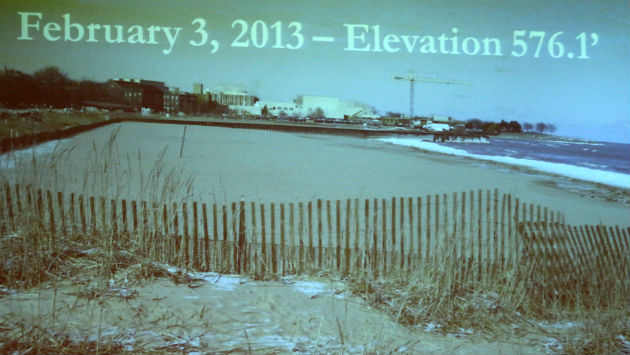 In response to a question, he said that removing the breakwaters that extend out into the lake would only worsen beach erosion problems as the prevailing wind causes sand along the Illinois shore to drift south toward Indiana.

And as for adding sand to the beach, he said that not long ago $80,000 of sand added to Illiois Beach State Park in Zion washed away in 24 hours.

Evanston is actually in one of the better positions among coastal communities now, Shabica said, "You're not really experiencing damage, you don't have buildings falling into the water, you're not going to be closing all the beaches this season." 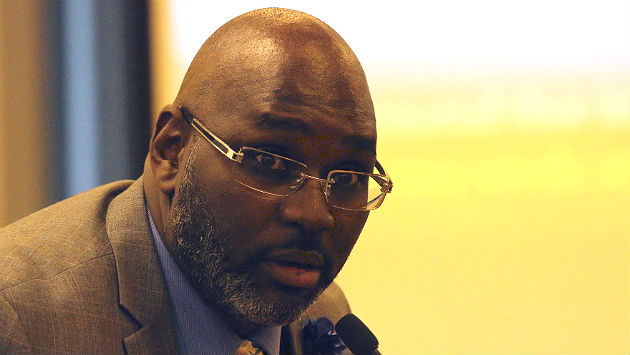 Evanston Parks Director Lawrence Hemingway said city staff is preparing the beaches for their scheduled Memorial Day opening, and that the boat storage racks at Dempster will be moved to higher ground to get them out of the water.

He said all six lakefront beaches are smaller today than they were last year, and that in addition to the dog beach, he's concerned about whether the Greenwood Street beach will be usable.

The committee asked staff for an update on the status of the beaches at its next meeting, scheduled for June 6.