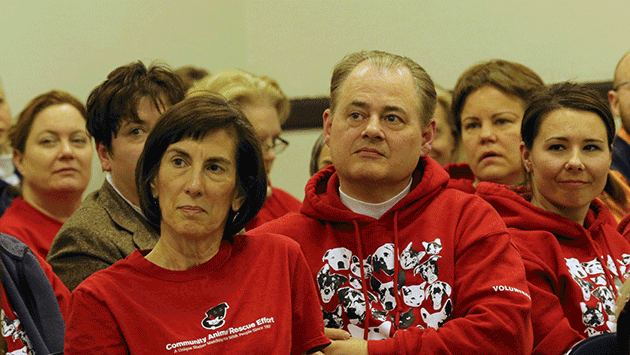 Evanston aldermen tried to defuse an acrimonious dispute among dog lovers Monday night by naming a subcommittee to try to develop ways to cut the euthanasia rate at the animal shelter.

The committee vote came early on in the discussion of the issue, but that didn't deter several dozen people from both sides from airing their contrasting views.

The dispute pits the Community Animal Rescue Effort, a non-profit that has long provided volunteers to staff the city's animal shelter, against a dissident group of volunteers who claim CARE misuses behavioral tests to designate dogs for death that could successfully become family pets.

Thanks to intervention by outside dog rescue groups that, through the city's animal warden, have recently been able to acquire dogs that failed the tests, the number of dog euthanasia cases at the shelter dropped from 29 in 2012 to four in 2013. 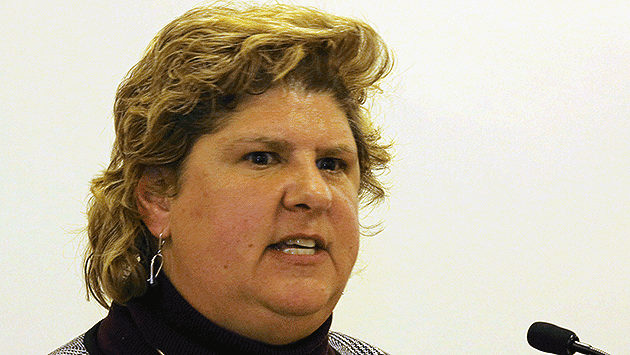 Gail Lovinger Goldblatt, a CARE board member, said, "We love animals. We love dogs. We want them to pass the test. But we feel a responsibility to adopters and the community to assure them that we are adopting dogs that will be safe and loving companions."

She said potential new owners "are not looking for dogs that are going to have to be managed carefully to avoid harm to people and other animals."

Goldblatt said the group's volunteers "are devastated and demoralized by misstatements" that have attempted to destroy the group's reputation that's been built up over a quarter of a century. 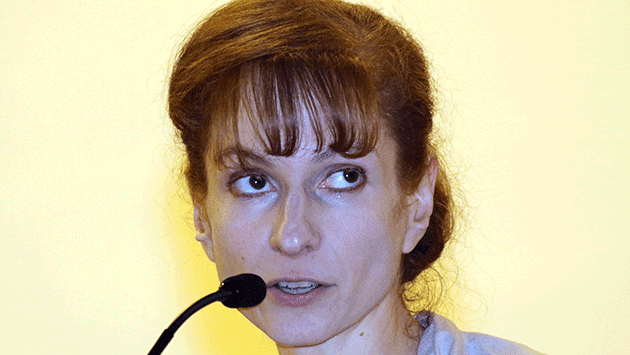 Alisa Kaplan, looking at the screen showing her slide presentation to the committee.

But one of the dissatisfied volunteers, Alisa Kaplan, said many other communities have achieved much lower kill rates, including Waukegan, where, she said, only about four percent of unclaimed dogs were euthanized in 2012.

She said CARE is placing too much reliance on two animal behavioral assessment tests and is not properly administering the tests.

She also urged that the shelter work more closely with independent animal rescue groups. These, she said, are "small organizations that don't have a lot of money, but are successful at finding good homes for animals they pull from shelters."

Aldermen Judy Fiske, 1st Ward, and Mark Tendam, 6th Ward, volunteered to be on the subcommittee that will meet with activists on both sides of the dispute to cone up with solutions and possible modifications to a proposed updated agreement between CARE and the city regarding operation of the shelter.

Animal shelter practices up for debate