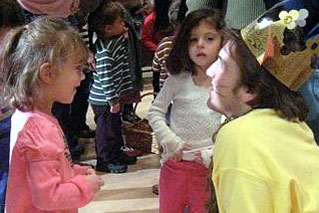 With the Cowardly Lion, the Scarecrow and, of course, Dorothy, the half-hour performance for a mostly pre-school audience presented highlights from "The Wizard of Oz," the 67th annual student-produced Dolphin Show, which will have its run Jan. 23-31 in Cahn Auditorium. 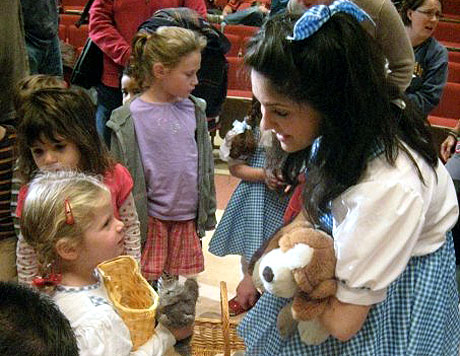 Danielle Gaines, who plays Dorothy in the Dolphin Show production, introduces herself to another Dorothy in the audience after Saturday’s show. (Photos by Katie Spelman.)

The Kids Fare series continues Jan. 10 with a show titled "Young Person’s Guide to the Orchestra." More information is available on the Pick-Staiger website.

Dolphin Show tickets are now on sale through the Pick-Staiger box office.