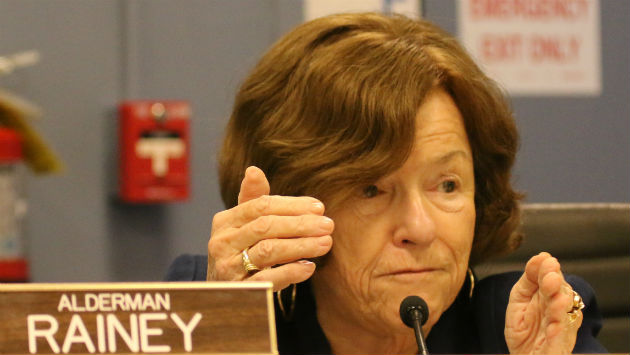 Evanston Alderman Ann Rainey, 8th Ward, said at this morning’s Reparations Subcommittee meeting that a consultant to the city’s only cannabis dispensary has told her sales at the shop now are running at a rate that would yield only $50,000 a month in tax revenue to the city.

Rainey and other city officials have projected that the city’s cannabis tax would bring in at least $1 million a year, and aldermen have designated that million to fund the city’s reparations program.

Cannabis sales for recreational use became legal in Illinois in January, but the 3% local option tax on the sales only went into effect this month.

Rainey said the consultant has persuaded the owners of the MedMen dispensary to go ahead with plans to expand its outpost at the city’s Maple Avenue garage to include space formerly occupied by the Enterprise Rent-A-Car office there.

“That will be real enhancement for revenue,” Rainey predicted.

Rainey also urged the residents attending the virtual meeting of the subcommittee to support issuance of licenses by the state for additional cannabis-related businesses in the city.

She said those licenses — which include many designated for social justice applicants — are currently awaiting approval of amendments to cannabis regulations by the state.

She noted that those businesses will also require special use permit approval from the city to locate here.

One application, for a special user permit for a cannabis transportation business at the former BeeZee Service Station at 1701 Howard St., was recommended for approval this week by the city’s Zoning Board of Appeals.

But, during public comment at the Reparations Subcommittee meeting, Tina Paden, who owns an apartment building across Dewey Avenue from the station, said BeeZee’s owners “have been a terrible neighbor to me.”

“Because he has had a failed business, you all seem to be bailing him out,” Paden said, adding, “This is discrimination all over again.”