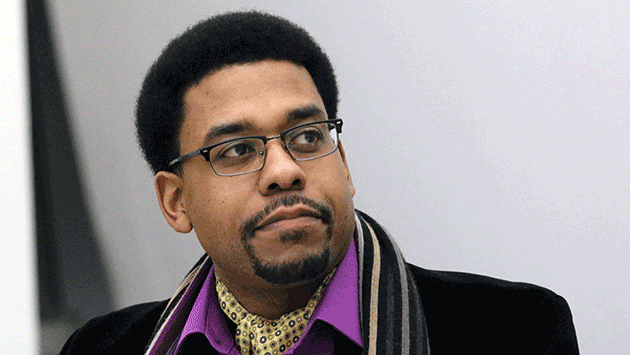 During a lightly-attended forum that featured similar answers to most questions from all four Evanston/Skokie District 65 school board candidates, Adrian Dortch managed to stand out Thursday evening by fumbling two of the baker's dozen of questions asked.

Dortch, who is the only candidate seeking seats on both the District 65 and District 202 boards, responding second to a question about the new PARCC achievement testing program, answered as if he'd been asked instead about the special education program at Park School.

Later, asked about efforts to provide differentiation in instructional programs — so students who have different levels of mastery can receive individualized help — he confessed that he wasn't familiar with the topic.

Fewer than three dozen people attended the forum at the District 65 administration building sponsored by the League of Women Voters of Evanston and the PTA Council.

Voters in the April 7 election will be filling three seats on the seven-member board.

Asked about how the board should deal with anticipated funding cuts from the state, incumbent board member Omar Brown called for "transparent communication" about the budget challenges. and incumbent Richard Rykhus said the board should work with lawmakers "to make sure they understand the actual impact" of budget choices they'll be making.

Newcomer Jennifer Phillips noted that the board has considered holding a referendum to raise more operating funds next year and suggested the board needed "a more transparent budget process" before doing that.

Dortch suggested consolidating the two districts as a way to cut costs.

All the candidates voiced support for continuing arts education programs in the schools and for the special ed programs at Park School.

However, Phillips said Park costs $4 million to run each year for an enrollment of 66 students, and she suggested that over time that money might have been better spent to make other schools more accessible.

Asked if there were any recent school board decisions they disagreed with, Brown and Dortch said they couldn't think of any.

Phillips and Rykhus said they didn't agree with the schools measuring students' body mass index as part of a fitness program.