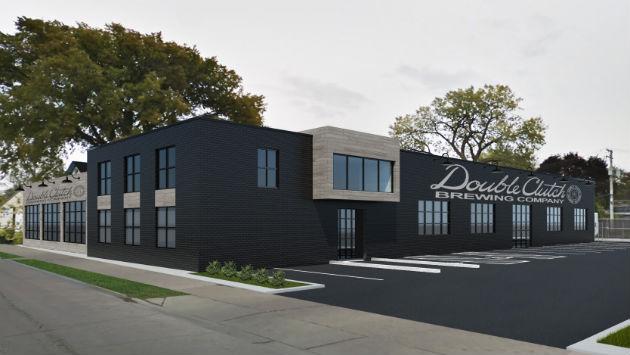 A rendering of the Double Clutch property at 2119-2125 Ashland Ave.

Owners of a new brew pub in the 2100 block of Ashland Avenue in Evanston that’s been more than two years in development are hoping to open sometime this spring.

Nick Hynes of Double Clutch Brewing Company told the Liquor Control Review Board Wednesday that he hopes to open within two to two-and-a-half months from now, after a development project that was substantially delayed by pandemic-related supply issues.

Hynes said the owners plan to brew “more authentic European-style beers. They have “a lower alcohol content and are a little more difficult to make, but offer much more clarity — a cleaner beverage,” he said.

The 12,000 square foot facility will also have a full-service restaurant with two additional spaces for special events, with a capacity of up to 300 people.

The board voted unanimously to recommend approval of the brew pub’s license to the City Council.

Zoning changes required for the brew pub were approved by the Plan Commission and Zoning Board of Appeals in August 2018.