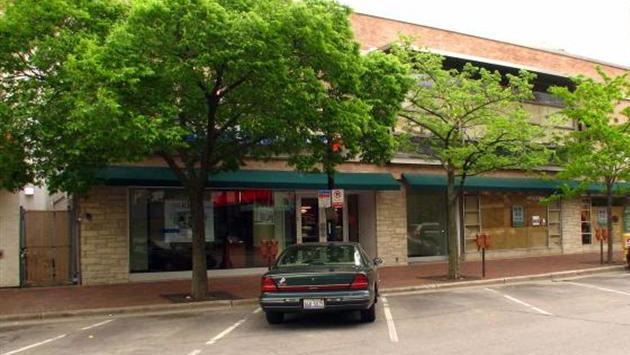 Bank of America is telling customers on its website that it will close its branch at 1705 Sherman Ave. in downtown Evanston next month.

The branch is scheduled to close permanently on Feb. 8.

Bank of America ended up with two Evanston branches located within a few blocks of each other after it acquired LaSalle Bank in 2007, gaining the former LaSalle branch at 1336 Chicago Ave.

That branch will remain open. Other nearby Bank of America branches include two in Skokie and one in Wilmette.

The building that the Sherman Avenue branch is in, which had been largely vacant after Barnes and Noble moved across the street to the Sherman Plaza complex, has recently seen the addition of a Prret a Manger sandwich shop and Andy's Frozen Custard.

Top: A file photo from the Cook County Assessor's office of the Bank of America branch at 1705 Sherman Ave.