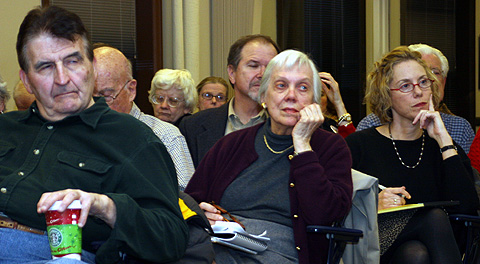 All those figures are up over the last several years, and a new study of the downtown real estate market discussed at a Plan Commission hearing this week says there’s market demand for more downtown growth in all three categories.

That may explain why city officials, scrambling to cure a structural budget deficit and faced with this week’s downgrade of the city’s bond rating, are more eager to continue downtown development than the folks who show up at hearings to complain about it.

Without the addition of an estimated 1,934 new residents downtown this decade, Evanston’s population would have declined by an estimated 630 residents — at a sizable cost to the city’s tax base. 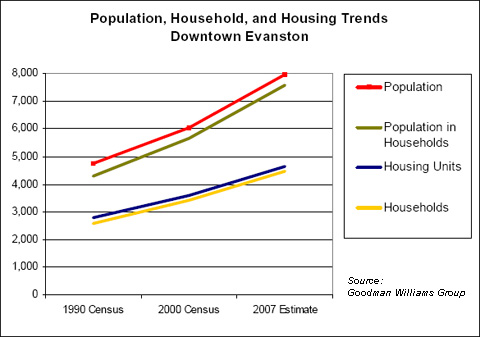 Manufacturing jobs in Evanston, located outside downtown’s boundaries, have continued to shrink — down 50 percent since 2000 to just 1,261 jobs, according to the Illinois Bureau of Employment Security.

Meanwhile jobs in some industries likely to locate downtown — including food service, health care, information and real estate — have increased enough to offset losses in areas like retail trade, finance and insurance.

And, taxable retail sales have increased 25 percent in downtown Evanston over the past six years, while growing only 5 percent in the rest of the city. 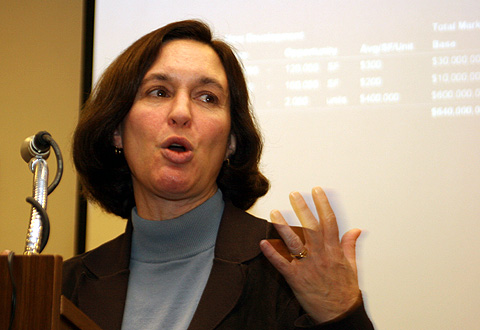 In addition, the study reports that, as housing prices have risen in recent years, condo units — the bulk of the new construction downtown — remain far more affordable than single family homes in Evanston.