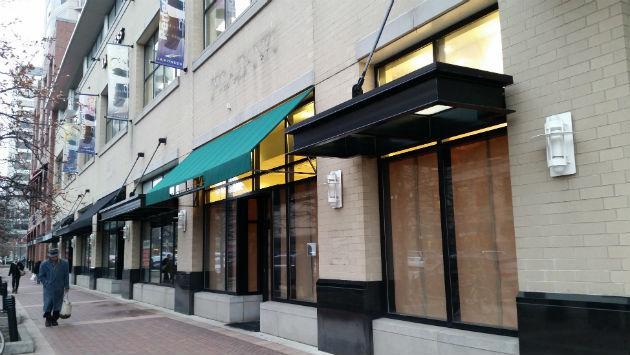 The struggling menswear retailer Jos. A. Bank has closed its store in the Sherman Plaza complex in downtown Evanston.

A sign posted on the store’s door today suggested customers should visit the store at 1199 Wilmette Ave. in Wilmette instead.

The chain, owned by Tailored Brands, which also owns Men’s Wearhouse, has been in retreat for some time.

Tailored Brands, which came under sharp criticism for a now-curtailed deep discounting strategy, said it planned to close a total of 250 stores across its U.S. brands by the close of its current fiscal year at the end of this month.

The Evanston store was one of the original tenants at Sherman Plaza when the shopping center opened a decade ago.