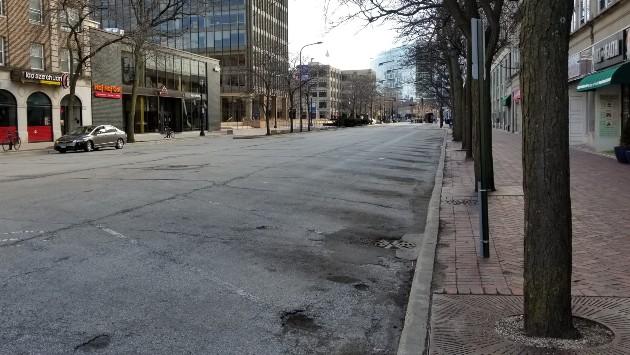 In the 1600-block of Orrington Avenue the only car in sight belonged to a delivery worker picking up orders from the Lao Sze Chuan restaurant.

While a few residents could be seen out walking their dogs or returning from a shopping trip to Whole Foods, traffic was so light that the traffic signals seemed almost superfluous.

The city announced early this evening that it has installed portable toilets and hand washing stations at 15 locations to help protect the homeless population from contracting COVID-19.

In addition to social distancing, the Centers for Disease Control and Prevention recommends frequent hand washing with soap and water for at least 20 seconds to help prevent the spread of the disease.