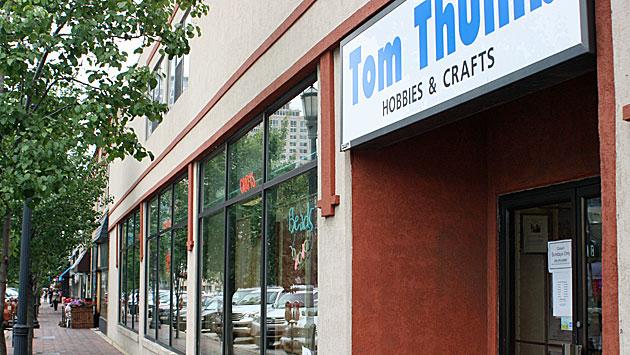 Tom Thumb Hobbies & Crafts is leaving Evanston after nearly a half century in business here.

Co-owner Cheryl Anderson says the store, at 1026 Davis St., will move to a new location in Niles later this summer.

Anderson says her co-owner, Arthur Harris, launched the shop back in 1965 and that Evanston has changed a lot since then.

She says that starting next week the store will be holding a 50-percent-off sale to clear out its inventory in preparation for the move. She says the shutdown of the Evanston store is expected to happen by the end of July.

Long-time Evanston restaurateur Daniel Kelch has submitted a zoning analysis request to the city that proposes tearing down the existing building on the site and replacing it with a new two-story structure.

The second floor space, he says, would primarily be used as an outdoor dining deck for the restaurants and private event space, with the upper story set back 30 feet from the street.

Kelch closed his LuLu's Asian fusion restaurant at 804 Davis St. in January. His other restaurant, Taco Diablo, just across the street from Tom Thumb at 1029 Davis, was destroyed by fire in December.

Muenzer says Taco Diablo is identified as one of the restaurants planned for the Tom Thumb space, with the other as yet unnamed.

Muenzer said city staff hasn't processed Kelch's application yet, but he anticipates it may need parking and setback variances.

Cook County Recorder of Deeds records indicate that Harris and Anderson have owned the property through the Aquarius V Corporation since 1986.

Three years ago plans were announced to redevelop the Tom Thumb property as a music venue called The Grace. After winning city zoning approval, those plans fell through after the would-be developer was unable to obtain financing.

Update 6/6/14: Harris and Anderson's Aquarius V Corporation sold the building on May 28 to 1026 Davis St. LLC, an entity controlled by Martin Cless of 2525 Lincoln St.