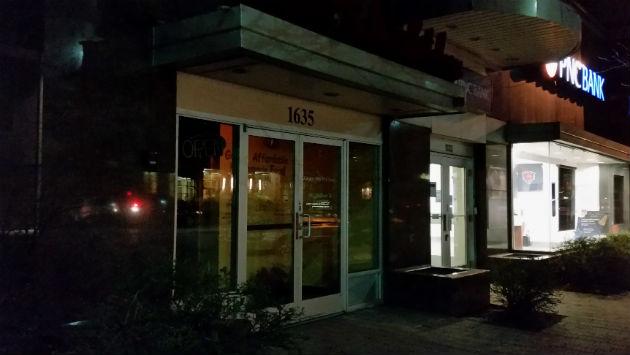 A 44-year-old business that many regarded as a dining institution, Dave's Italian Kitchen, closed Monday in Evanston.

The shutdown came without warning and occurred on the very day when owners Dave and Ellen Glatt were to have received keys to the city from Mayor Elizabeht Tisdahl for their work providing free meals for the disadvantaged.

A frequent patron of the restaurant said he found out about the closure when he ran into one of the restaurant's waitresses late Monday afternoon who said employees only learned of the shutdown when they showed up for work at 1635 Chicago Ave. and found a sign on the door saying the business was closed.

By late Monday evening there was no sign on the door, but the restaurant's website had been updated with a message saying "We're closed forever."

At the City Council meeting, Alderman Judy Fiske, 1st Ward, recalled that the restaurant had begun in a building in the 500 block of Davis Street "next to the Pure gas station."

The restaurant website says Dave's actually had two locations in the 1970s on that block — both, along with the gas station, now replaced by the 500 Davis office tower.

It then had a long run at 906 Church St., before that building was demolished to make way for the Church Street Plaza development.

After receiving financial assistance from the city for the move, Dave's relocated to the basement spot on Chicago Avenue familiar to patrons today.

That building was sold to the owners of The Merion retirement community in 2013.

Some premonition that the Glatt's were about to call it a career might have been gleaned from their decision last October not to renew the restaurant's city liquor license — although at the time City Manager Wally Bobkiewicz said the decision to go "BYOB" was not a sign the business was about to close.