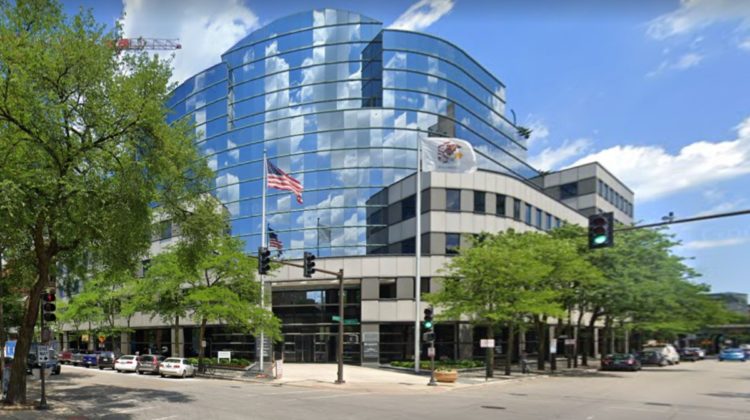 The owners of the Helmut Jahn designed office building at 1007 Church St. in Evanston have listed it for sale, reportedly hoping for a substantial profit over what they paid for the building just four years ago.

Stonewater also acquired a parking lot north of the building on Maple Avenue as part of its purchase, and that site has since been developed with the new Avidor senior living high rise.

It also says Stonewater has managed to increase occupancy to 91% from a reported 79% when they acquired it in 2017. The building had previously changed hands in 2014 when it was just 52% leased for $9.6 million in a foreclosure sale.

The new listing represents the first test of the resale market for office buildings in Evanston since the COVID-19 pandemic began.

The City Council approved plans for a new office tower at 605 Davis St. in April 2020, just as the pandemic was driving office occupancy levels to record lows, but there’s been no effort to begin construction on that development so far.