Many downtown Evanston sidewalks were still covered with a thick layer of snow this afternoon. And some of the worst problems involved city-owned properties. 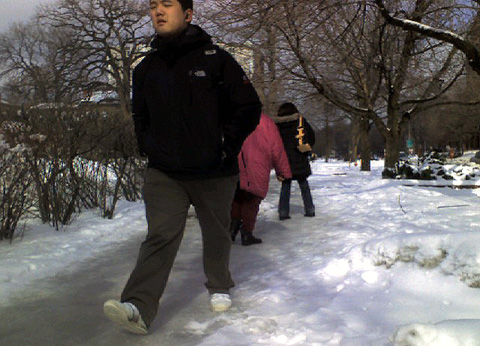 Pedestrians were slipping and sliding in front of the city-owned surface parking lot in the 1700-block of Chicago Avenue and found the walk in front of the Evanston Public Library equally daunting.

Many private businesses had done a much better job of clearing their walks — although there were exceptions, including the thick sheet of snow and ice covering the walk in the Clark Street side of the Einstein Bros. bagel shop.