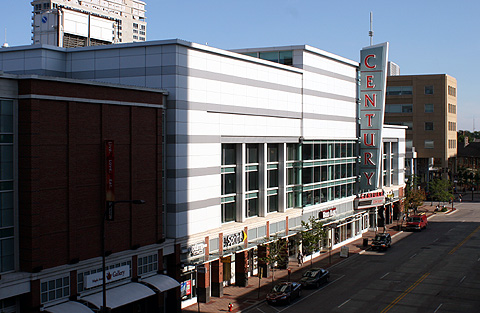 The district, which includes the Century Theater complex, the Optima Views and Optima Horizons condo high-rises and the Hilton Garden Inn, is now assessed at $133.7 million, compared to $1.8 million when the district was created two decades ago.

The Cook County Clerk’s office this week reported that incremental tax revenue to the city from the district this year will total $10.1 million. That’s a 29 percent increase from last year and 10 percent more than the city had forecast.

The tax increment financing district is scheduled to expire in 2008. After that most of the increased revenue will start going to Evanston’s school districts.

The Washington National district was created in 1994. It’s named for the defunct insurance company whose headquarters building once occupied the corner of Church and Chicago that now is home to the Park Evanston rental apartment high-rise and the Whole Foods market. It will generate $1.8 million in incremental tax revenue for the city this year.

That’s less than a fifth of what the Downtown II district provided, but the yield from the Washington National district is expected to grow dramatically once the Sherman Plaza condo and retail development is fully occupied later this year.

The Washington National district, at about 730,000 square feet, is about two-thirds the size of the Downtown II district. Its valuation, now $48 million, has nearly doubled since its creation.

Revenue from the Washington National district has been used to construct the city’s new Sherman Plaza parking garage.

The Southwest and Southwest II tax increment financing districts showed little change in tax revenue this year. Combined they will yield a total of $1.9 million in incremental tax revenue to the city. Their valuation has increased by about 400 percent since they were established in the early 1990s. They’re located in former industrial areas that have been turned into big-box shopping districts.

The city’s two newest TIF districts, Howard-Ridge and West Evanston, have seen little new development so far and will generate just $128,000 in incremental tax revenue to the city this year.