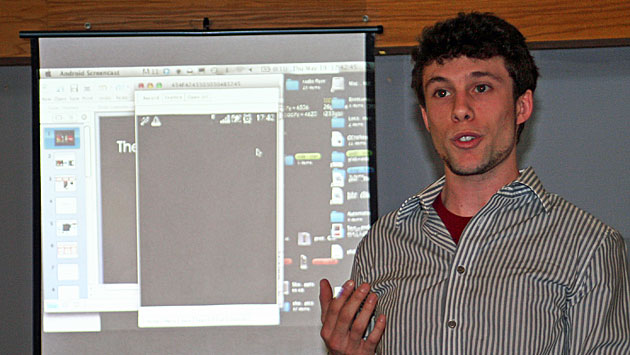 A group of Northwestern University students are on the verge of launching a mobile version of Downtown Evanston's "passport" shopping discount program.

The mobile app, demonstrated at the Downtown Evanston annual meeting Thursday evening, is designed to let shoppers leave the physical discount coupons at home and use their Android or iPhone mobile phone to redeem special offers from downtown merchants.

The application, which is scheduled to be available for download on May 26, also lets merchants limit the number of times a discount is used by an individual user.

The students, working as a project team in the university's NUVention:Web course, have dubbed their new project SweetPerk and hope to market it to other shopping districts and shopping centers in the future.

The team members include Austin Asamoa-Tutu, a student in the Kellogg Graduate School of Management, and five students from the McCormick School of Engineering, Phil Dziedzic, Christopher Francis, Matthew Gilk, Kalan Kircher and Najim Yaqubie.

The Downtown Evanston meeting was held in the former Borders store at 1700 Maple Ave. 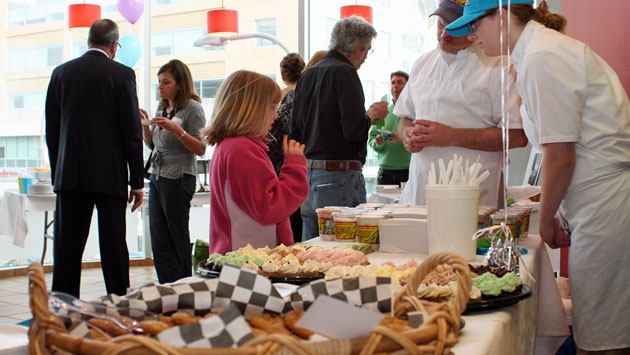 Desserts from Andy's Frozen Custard and the Tiny Dog Cupcake shop were among the food selections for a young visitor to peruse at the reception.

The non-profit group, which is primarily funded by a tax on commercial property owners in the downtown district, elected Russ Abell, the general manager of the Hilton Orrington hotel, as its new chair, succeeding Dan Kelch, the owner of Lulu's restaurant, who will continue to serve on the board.

New members on the group's 23-person board include Eve Doi, the new executive director of the Evanston Chamber of Commerce; Richard Similio, of Circle Realty Advisors at 500 Davis St., and Dino Robinson, chosen to fill the one seat on the board reserved for an Evanston resident who doesn't live downtown. 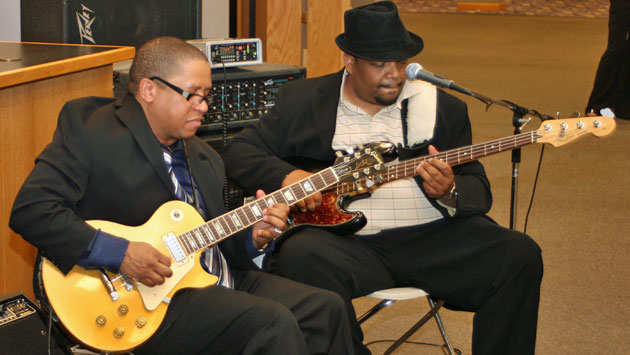 The event also included a reception with food provided by about a dozen local restaurants, a pop-up art gallery and live music from blues musicians Chip Ratliff and Fernando Jones.