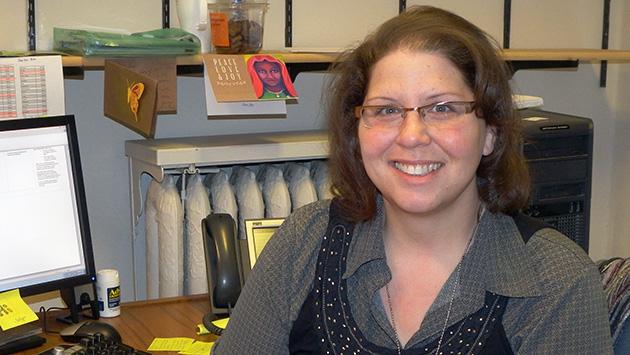 Evanston's new cultural arts coordinator has outlined four goals for her work in the city, but a downtown performing arts center isn't one of them.

Jennifer Lasik was appointed to the brand new position — created as one response to recommendations in the evanstARTS community arts roadmap report —  in mid-November, and she's spent most of her time since meeting regularly with city staff, arts groups and others.

Following a decade of discussion on the issue, the possibility of a downtown arts center in Evanston remains just that, with no concrete steps forward. 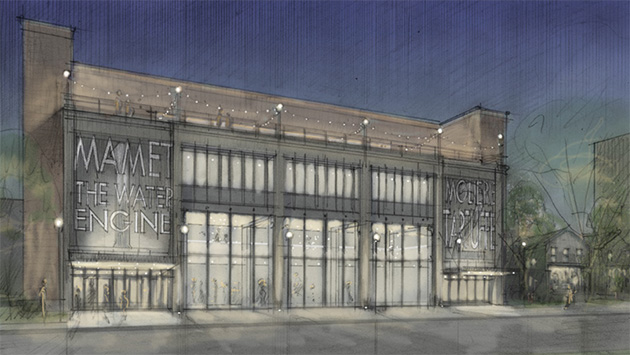 A conceptual rendering of a theater that one study proposed for the library parking lot downtown.

The studies that took a look at the issue are "all very similar in their findings, which means at this point, it's time to start implementing the action plans in these studies," Lasik said. "That's where I come in, that's why I'm here."

Mayor Elizabeth Tisdahl this fall recruited members of a tak force to move forward on the studies' recommendations. That group is likely to be publicly announced and approved by the City Council early next year.

"Two city staff member have been assigned to work with that [task force], someone from economic development and me," Lasik said. "I think that is a statement that the city wants to see progress on this."

But, "if you're looking for me to tell you what the progress is today, I can't," she said.

Rumors have been circulating about Skokie's Northlight Theatre returning to Evanston to possibly aid in the creation of a downtown venue. But Lasik declined to offer any further comment on that matter.

And the big, overarching question remains: how much and in what way should arts organizations be subsidized by municipalities, how much should they finance themselves through donors and grants and "how much can we legitimately expect the taxpayers to take on," Lasik said.

"I guess my answer right now is I don't know," she said. "It's much easier to support the arts philosophically than to swallow hard and put hard cash into it."

Part of Lasik's job, and the job of every arts organization and artist, is to make the argument that the arts, in addition to being lovely and wonderful for their own sake, are an investment with financial, political, educational and quality of life returns, she said.

Lasik hopes she can make that argument successfully, eventually turning Evanston into an "arts destination" with a wider reach than the city's borders.

Her four goals, as they currently stand, include facilitating better community and collaboration among artists and organizations in Evanston, building on relevance and productivity of working arts committees, developing a brand for the art community and promoting it, and finally, synchronizing arts activities with economic development and tourism.

No where in these goals is the explicit intent to build a downtown performing arts center, though she said such a facility could help achieve the aims outlined above.

"I wasn't brought here to make sure a building gets built or a building gets converted," Lasik said. "For whatever reason, Evanston residents and officials have determined that the arts should have a significant role in everyday life and they want me to help make that happen."

A Milwaukee native, Lasik earned her bachelor's degree in political science while attending college in Pennsylvania, spent a short amount of time in France, and later returned to her hometown to take a position as a history teacher in a private school.

While at the school, Lasik realized a passion and talent for "development work." Taking this interest further, she attended the University of Wisconsin, earning a master's in public adminstriation with a focus on nonprofit management.

After receiving her degree, Lasik landed a position as the director of cultural arts and events for the city of Kemmerer, Wyo. in 2008.

The job "seemed to be the perfect blend of public administration and nonprofit management," she said. 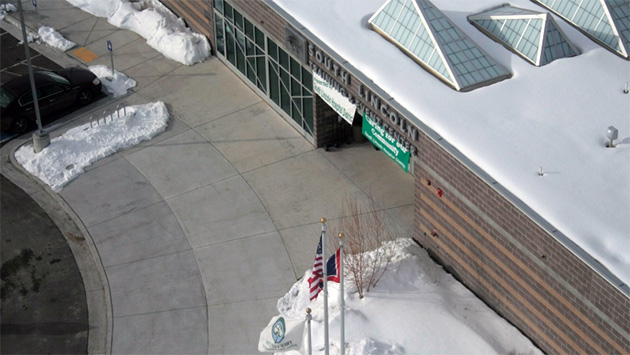 The South Lincoln Center in an image from its website.

When Lasik arrived at her new job, "only the sheet rock was hung" in the city's brand new $5 million South Lincoln Training and Event Center, which when finished would be her operating headquarters.

It was designed as a "multifunction building" with moveable walls, allowing for spaces as large as a performance hall and as small as individual classrooms, Lasik said.

As Kemmerer's new cultural arts director, Lasik was the first to move into the building, the construction of which was funded through a combination of city money and regional grants. She realized at the time that "nothing was in place, no procedures, programming, nothing."

"It was really exciting having to think about how will this building function, what's the work culture here, what kind of programs we had to have," she said.

Funding for the day to day operation of the facility became part of the city budget, Lasik said. But an endowment was also created through the local community foundation "with the understanding that hopefully there would be enough money to pay for most of the operating budget," in addition to the income generated from renting the event spaces out, she said.

Lasik applied for a large number of grants, and the most of the funds were used to purchase items necessary for performances, like lighting and sound equipment. 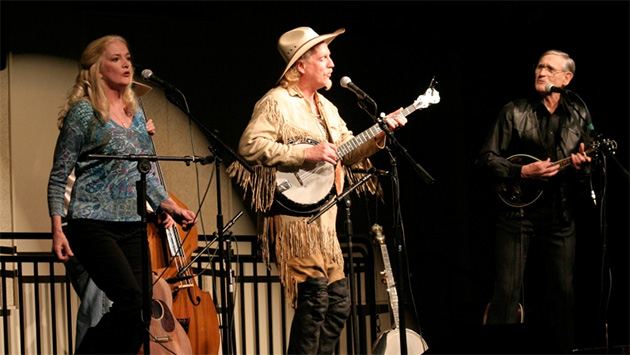 A musical performance at the South Lincoln Center.

In addition to renting out the facility to wedding parties and large companies like Exxon and Chevron, the building was also used to host an annual concert series begun by Lasik, as well as performances and art shows featuring local students.

What organizations paid to use the spaces offered was "prorated depending on the group, whether it was sponsored by the city or completely independent," she said.

"I think in five years, the amount of programming as well as the operational procedures we put in place were pretty phenomenal," Lasik said of the facility and her time at its helm. "I'm proud of it."

Lasik's reasons for applying for the position in Evanston were as much personal as professional.

"When you're from the midwest and you go out east or go out further west, it's just not home," she said. "People are different and customs are different. Wyoming was a huge cultural shock to my family and me."

After her sister had a baby, Lasik said she wanted to be closer to her family in Milwaukee. The position in Evanston leaped out at her as something she would "love to do," and it was the only one she applied for, she said.