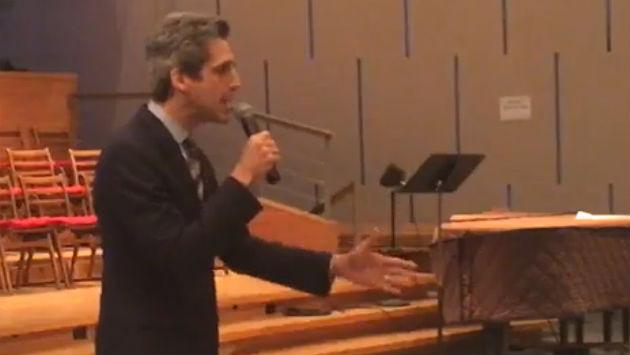 Members of the Democratic Party of Evanston voted Sunday to endorse Daniel Biss for governor in the March 20 primary election.

Biss, an Evanston resident, was the choice of 85 percent of those voting at the endorsement meeting, held at the Unitarian Church of Evanston.

“Tonight, Evanston Democrats voted to endorse someone we’ve seen up close and personal as our representative and senator, and who we know will make a great, progressive governor,” said Evanston Township Democratic Committeeman Eamon Kelly, who chaired the meeting. “Our grassroots members are fired up and ready to put in the work to nominate him on March 20.”

Finishing second and third in the gubernatorial vote were J.B. Pritzker at 7 percent and Chris Kennedy at 6 percent.

In the eight-way race for Attorney General, the top vote getter was Nancy Rotering with 30 percent followed by Kwame Raoul with 23 percent. No candidate secured the 66 percent of the vote needed to earn the organization’s endorsement.

In the five-way race for State Representative in the 17th District, voters preferred Candance Chow with 49 percent of the vote. Mary Rita Luecke was second with 33 percent.

In county races, challenger Fritz Kaegi, at 52 percent was the top vote getter for assessor and incumbent Maria Pappas was the choice of 62 percent for treasurer.