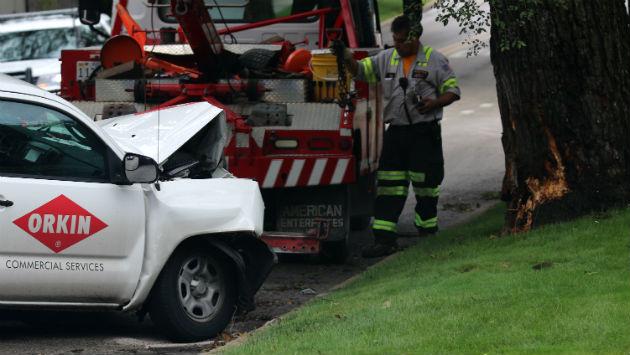 The driver of an exterminating company’s pickup truck was transported to St. Francis Hospital after the truck struck a tree on Dempster Street at Oak Avenue shortly after 10 o’clock this morning.

Police blocked traffic on both Dempster and Oak after the crash.

Police Cmdr. Ryan Glew says the driver, who was alone in the vehicle, somehow failed to negotiate the turn onto Dempster at Oak and struck the large parkway tree.

Glew said the driver’s injuries didn’t appear to be serious. He says no other vehicles were involved in the incident.

Update 10:57 a.m.: Both streets are now being reopened to traffic.