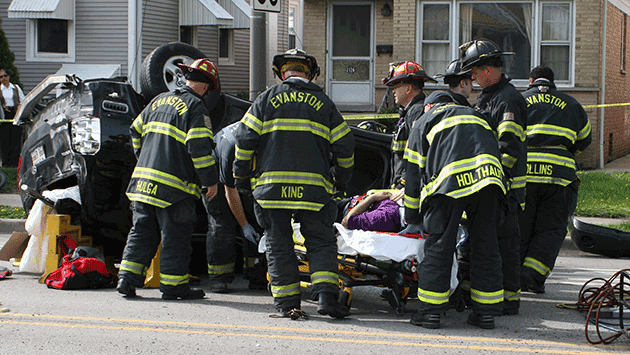 Evanston firefighters had to use the jaws of life to extract the driver of a car involved in a rollover accident on Emerson Street at Hartrey Avenue from his vehicle this morning.

The accident happened shortly before 9 a.m.

The driver of the Toyota Highlander SUV that rolled over was taken to Evanston Hospital. 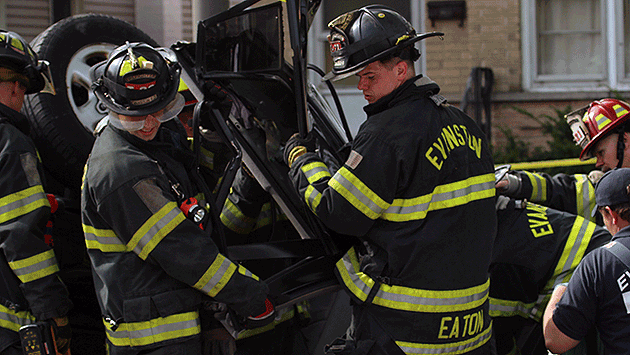 Firefighters carry off part of the car they'd cut away to get at the driver.

Police Cmdr. Jay Parrott says the accident involved three cars. One, he says, was driving the wrong way on Hartrey into the intersection and the other two vehicles swerved to avoid that car, with one of them rolling over. 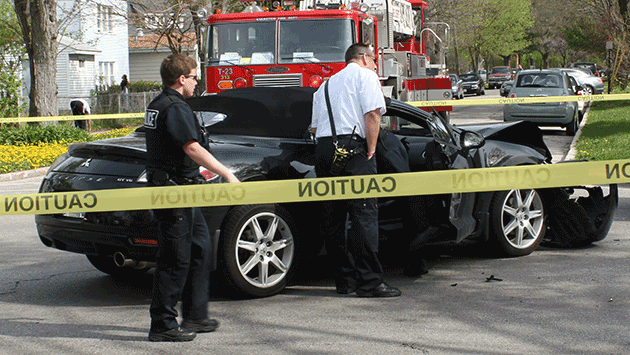 A Mitsubishi Eclipse that was also involved in the accident.

Parrott says the driver who had to be pulled from the wreckage was not seriously injured and no one else was hurt in the crash. Emerson was reopened to traffic shortly before 10:30 a.m.