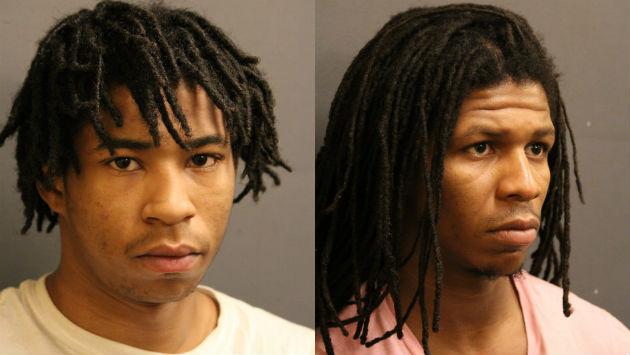 When the driver failed to signal a turn, the police pulled the car over.

Glew says the officers then detected an odor of cannabis coming from the car and saw that the driver Marlon Scott, 23, of the 6500 block of North Seeley Avenue in Chicago, and front seat passenger, Tyjuan E. Lighthall, 21, of the 200 block of West 106th Street in Chicago, weren’t wearing seat belts.

The officers had Scott, Lighthall and three back seat passengers step out of the car.

Glew says when the vehicle was searched, officers found a loaded Smith & Wesson SD 40 handgun and a backpack containing 13.2 grams of suspected cannabis and a digital scale.

All five occupants were transported to the station for further investigation.

Glew says Lighthall was interviewed and admitted to possessing the handgun, and Scott admitted to having cannabis on his person. Detectives recovered another 13.2 grams of cannabis from Scott’s person.

Lighthall was charged with felony unlawful use of a weapon by a felon and was released on a $15,000 D-bond with electronic home monitoring.

Scott was charged felony possession of cannabis with intent to deliver and received a $10,000 I-bond.

Both men are due back at the Skokie courthouse on Feb. 6.

The other three people were released without being charged.