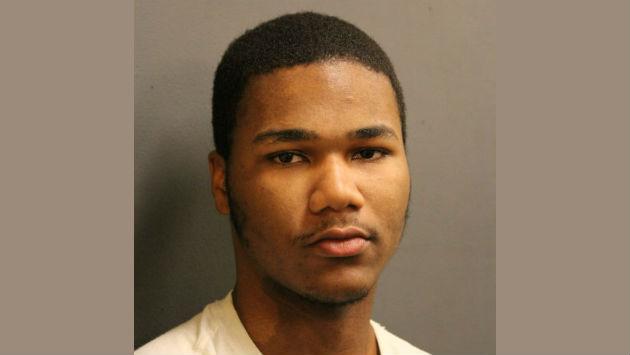 Evanston police say they recovered a bulletproof vest, rifle ammunition and 145 grams of cannabis in a raid on a home in south Evanston Thursday afternoon.

Police Cmdr. Ryan Glew says members of the department’s Special Operations Group executed the narcotics search warrant at 232 Richmond Ave. and arrested Devonte Moret of that address. Glew says Moret admitted to possessing the cannabis and the 14 rounds of ammunition for a .223 rifle.

A neighbor’s surveillance camera captured the arrival of the police executing the search warrant.

He’s been charged with felony unlawful possesson of cannabis with intent to deliver and a misdemeanor count of possession of ammunition.

Items police say they recovered in the raid on Moret’s home.

Moret had been arrested this spring for possession of a loaded gun and was on electronic home monitoring for that case. Glew says his bond on that charge now has been revoked and he’s being held without bond.