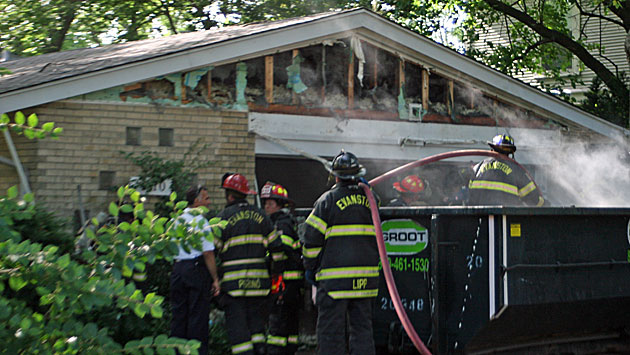 A dumpster filled with debris from a home being rehabbed caught fire on Asbury Avenue in Evanston about 4:30 this afternoon and spread to the home's attached garage.

Evanston firefighters were able to extinguish the blaze at 1510 Asbury Ave. before it spread to the home itself.

Sue Calder, who lives across the street at 1509 Asbury, said she and her son were among the first to notice the fire. 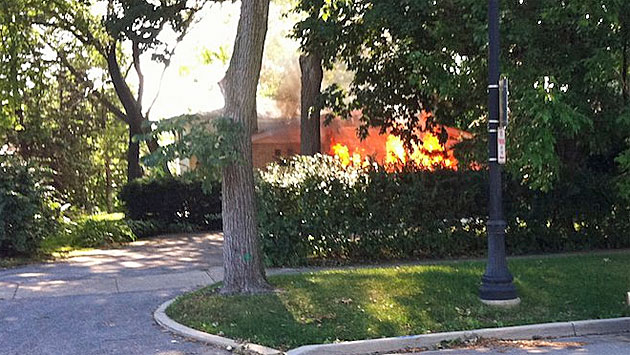 A neighbor caught this image of the flames with a cell phone camera as firefighters were arriving.

She said firefighters responded quickly to the scene, and that the home had recently been purchased by Eamon Kelly, an attorney and one of five candidates in the 2010 election for the state house seat won by Robyn Gabel.

Four fire engines, a truck, an ambulance and a battalion chief's car were at the fire scene. Calder said she believed the home was not occupied while it was undergoing rehabilitation.