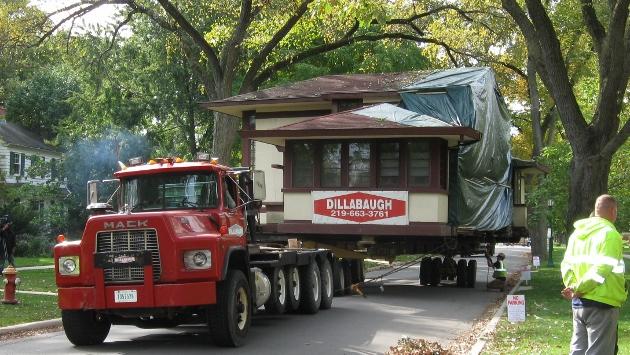 It takes awhile to move a vintage house a few blocks down Isabella Street, but the movers got the job done Friday.  Now they’re preparing to move the next two sections Monday and Tuesday. 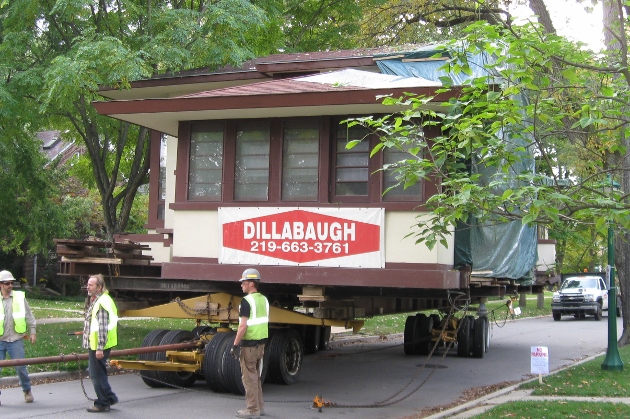 For more than an hour Friday afternoon, the move was stalled in the 2400 block because of low-hanging trees, but with a little bit of twisting and turning, the issue was resolved, while neighbors from both the Evanston and Wilmette sides of the border between the two suburbs looked on. 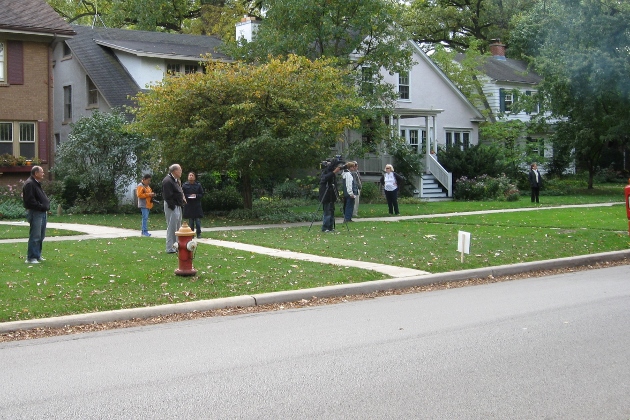 The historically significant house is being moved from 1318 Isabella Road in Wilmette to the Whole Foods parking lot at Isabella and Green Bay Road, where it will rest for a couple of weeks until it is transported to its new resting place at Crawford Avenue and  Old Glenview Road, which is technically in Evanston. 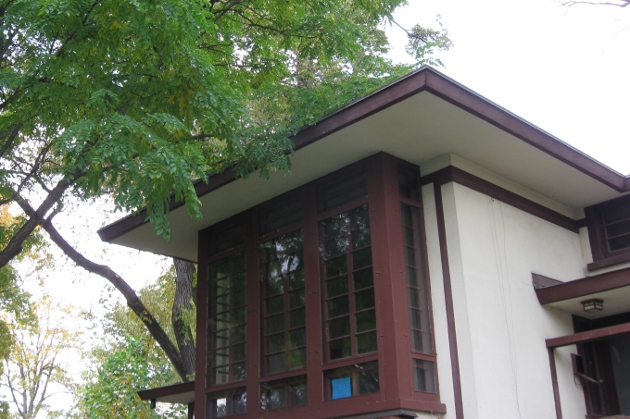 The home was designed by John Van Bergen, an associate of Frank Lloyd Wright. It was built in 1928 and was designated by Landmarks Illinois as a threatened historic structure, which prompted the move.