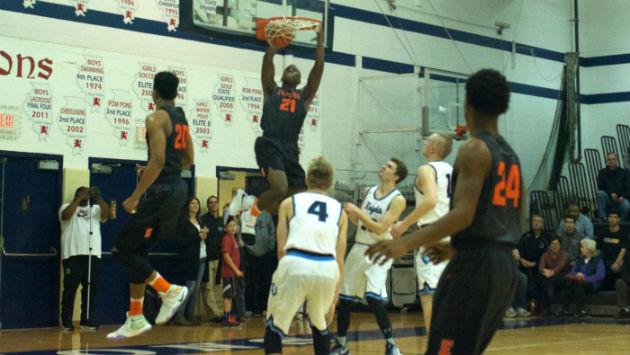 Put the basketball game in Nojel  Eastern’s hands and the countdown starts for a trophy presentation.

The ultimate closer in the state of Illinois did it again Saturday at the St. Viator Thanksgiving Tournament, scoring 11 of his game-high 24 points in the fourth quarter and delivering a 75-63 victory over Prospect in the final round of the round-robin tourney.

Evanston earned the championship trophy in its first tourney appearance and improved to 5-0 on the season, pulling away in the last 6 minutes against a Knights’ team that put up a stiff fight.

But the losers couldn’t deny Eastern, who shot 5-of-6 from the free throw line down the stretch and added 6 rebounds, 4 assists and a blocked shot to his season high offensive output. Joining him in double figures were teammates Elyjah Williams (15 points, 7 rebounds), Chris Hamil (11 points) and Jaheim Holden (10 points, 4 assists, 2 steals).

“Being a senior, I’ve got to be a leader for this team,” Eastern said. “I want to take the responsibility for us winning or losing. If we lose, I’ll take the full responsibility. That’s who I am.

“I wasn’t worried at all in the fourth quarter.  I have confidence in my teammates and in myself, we just had to continue to keep playing hard. This is a great start to the season for us as a team. We’ve got some big games ahead of us, and now we have to learn from the mistakes we made here so we don’t make them again in big games.”

ETHS head coach Mike Ellis couldn’t point to many mistakes made by the Purdue-bound Eastern in the tourney finale. 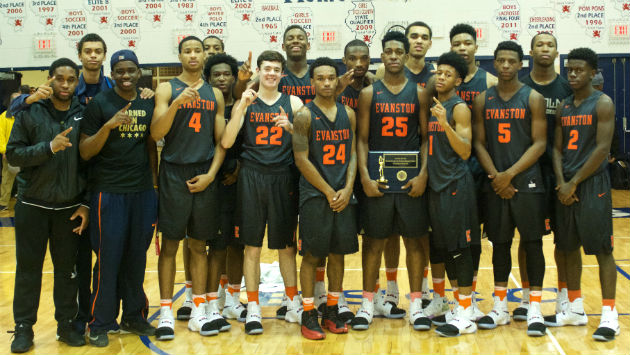 “Nojel is our closer, and in the past he’d have 5 or 6 turnovers in a game like this,” Ellis said. “Today he had one turnover and this year he has the ball in his hands a lot more. To see his judgement out there, his good decision-making and playing under control like that is really huge. He took over when the game was in the balance. It was a two-possession game there in the fourth quarter, and he really understood the significance of every trip down the floor.”

Evanston had to overcome several “touch foul” calls by the officiating crew, although the Wildkits did finish with more free throw attempts (18-of-24) than the Knights (11-of-17). The winners were also whistled for two technical fouls and the closely-called contest forced Ellis to switch to a 2-3 zone defense late in the contest.

Prospect was paced by Frankie Mack and Dave Swedura with 18 points apiece. Mack tossed in four 3-point baskets for the losers, who trailed 51-41 after three periods but closed the gap to 55-49 with 6 minutes to play.

Evanston responded with a pair of fast-break baskets, as Eastern delivered a layup and then assisted on another transition bucket by Holden. Prospect never got closer than 9 points after that.

“Every game is different, and tonight was a big test for us because you can win or lose a game at the start,” Ellis pointed out. “We almost lost it in the opening moments. We weren’t aggressive enough after playing well against a team ranked in the top 20 (Conant) the previous day. We certainly didn’t have the same intensity.

“You have to give Prospect a lot of credit, because they played they had more to win than we did even though we were playing for the title. When you play 5 games in 6 games like this, there are a lot of moving parts and you can’t play with as much flow and be who you are. But any time you can win a title, it’s great. This was our first opportunity to be successful and win a title, and our guys wanted it.”