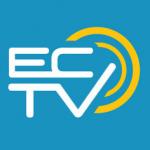 The board of Evanston Community Television announced today that it's not renewing the contract of its long-time executive director, Steve Bartlebaugh.

In a news release the non-profit group said it has made many belt-tightening moves over the past several months, including reducing full and part-time staff, but continues to face financial hardships.

Bartlebaugh, who has worked for ECTV since 1994 and has been its executive director for 13 years, will wrap up his on-air career at the center with the live cablecast of next week's Fourth of July parade.

The group is planning a celebration of his career at the lagoon pavilion at Dawes Park at 7 p.m. July 12.

ECTV is in the midst of a move to the city's municipal service center to eliminate its rent and utility costs.

The board says it plans to rely more on board members to handle day-to-day operations and the build-out of the new facilities.