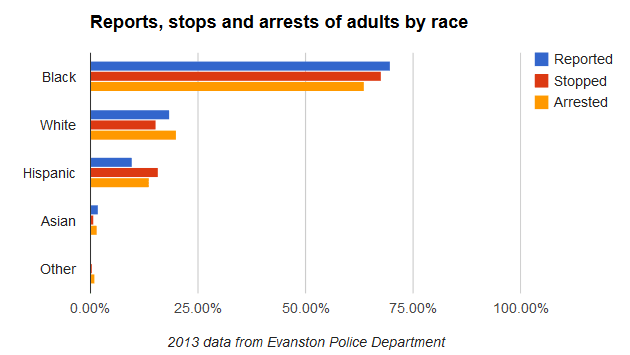 Evanston Police Chief Richard Eddington says despite announcing plans to step up targeted use of “stop-and-frisk” after a shooting incident outside a recreation center last year, police are still being cautious in employing the controversial tactic.

Eddington says the total number of stops in 2013 actually declined 5 percent from the year before — to 1,533 adults and 203 juveniles.

The chief added that the racial distribution of persons stopped and questionned by police reasonably closely matches figures for the identity of crime suspects reported by victims and persons actually arrested for crimes. 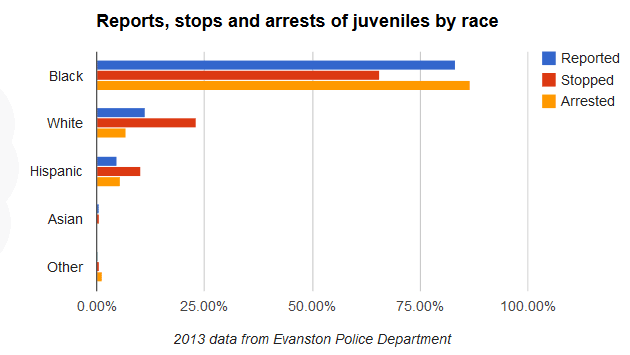 In New York City a federal court judge ruled last August that the city’s stop-and-frisk policy violated the constitutional rights of minorities. U.S. District Court Judge Shira A. Scheindlin said the city had a policy of indirect racial profiling that led officers to stop blacks and Hispanics “who would not have been stopped if they were white.” 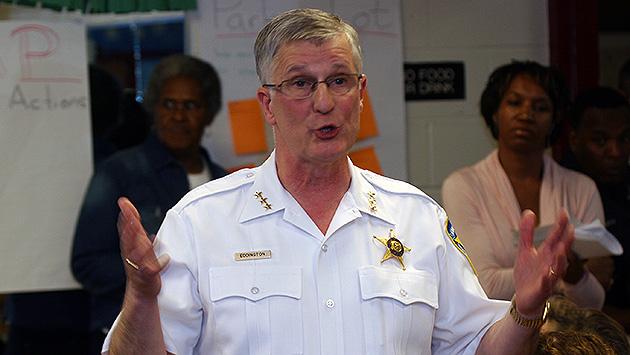 In Evanston blacks were nearly three times as likely to be stopped last year as their proportion in the population would predict, while the proportion of Hispanics stopped was two-thirds greater than the Hispanic share of the population.

First, Eddington says, in New York police supervisors told officers they’d be evaluated on the number of stops they made and that officers were supposed to make stops “with a great deal of frequency.”

Second, he says, New York failed to be specific in recording the reasons for stops.

Under Supreme Court rulings, Eddington says, an officer has to have a clearly articulated justification for making a stop, but New York didn’t take care to have officers report that information until after the department had been sued.

Officers in New York, as the suit progressed, Eddington says, at the direction of their union, also dramatically cut back on the number of stops they made.

The most recent available data from New York, for the third quarter of last year, shows stops running at an annual rate of 10 stops per 1,000 residents. Back in 2008, the rate was 58 stops per thousand.

In Evanston the rate in 2013 was 23 stops per 1,000 residents — although Eddington says far fewer people were actually stopped — because many stops involved “frequent fliers” who often come into contact with police.

And Eddington say the overall population numbers arent germaine to the measurement of crime or how police can effectively go about attempting to reduce the number of criminal incidents.

He said Evanston police operate much more transparently than other departments and have an extensive system of public scrutiny of complaints against police.

“I have not been a fan of stop-and-frisk the way New York City was using it.,” Eddington said. “But I could see,” after the shooting outside Fleetwood-Jourdain in broad daylight, “that the wheels were going to come off here” if we didn’t do something.

“I think there’s a community expectation that police will respond when you have a shootout on a playground occupied by kids and moms.”

“We had a public announcement and laid out for the public why we were doing it and what the goal was.”

And he says that in follow up conversations officers learned from suspects that the word had gotten out. “People said, ‘I’m not carrying a gun because I know you guys are going to search me all the time.'”

“If we can create an environment where the hazard of arrest is serious enough to deter people from carrying guns, we can prevent aggravated battery and attempted murder incidents, if not homicides,” the chief added.

“My hope is that as other factors influence the ongoing conflict we can begin to reduce the number of stop-and-frisks,” Eddington said. “But if the conflict escalates, then stop-and-frisk will escalate.”