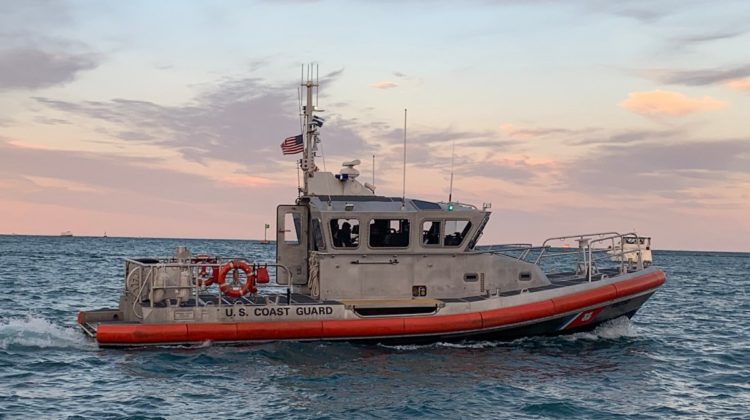 The U.S. Coast Guard has cut its’ Wilmette station back to only seasonal operation, and Evanston fire officials say that will have a negative impact on water rescue capacity here.

Fire Division Chief Matt Smith says that Evanston always has some water rescues in the early to mid-fall and having the Coast Guard have to respond from Kenosha, Wisconsin, or Calumet Harbor — the nearest remaining year-round stations — will more than double their response time to about 45 minutes.

Smith, who handles training and special operations for the fire department, says Evanston is relatively well equipped for surface rescues near shore, with a large contingent of firefighters trained for that work and two jet skis that are docked at the Church Street boat ramp during the summer season.

But during the off season, when the jet skis are stored on a trailer, he says, Evanston firefighters can’t respond quite as fast.

Wilmette, Smith said, will be even more affected by the Coast Guard’s departure, because its fire department doesn’t have the surface rescue equipment that Evanston has. But he added that the two communities collaborate on dive team operations.

Evanston doesn’t have equipment for rescue work further out into the lake and relies on the Coast Guard for that, although, Smith say,s firefighters did respond a mile out into the lake this summer when a kayaker who’d been watching an air show got into trouble and called for help on his cell phone.

The Coast Guard cutback at Wilmette was first reported by The Record North Shore. It quoted a Coast Guard official as saying the change was based on call-for-service data that showed the change would provide the greatest coverage of the area, and also because the Wilmette station can only house a small, 29-foot Coast Guard boat that isn’t suitable for use more than 10 miles from the shoreline.

Smith said he’s discussing with fire officials in other North Shore communities possible ways to better respond to water rescue needs in the absence of off-season coverage from the Wilmette Coast Guard station, but that no specific proposals have been developed yet.