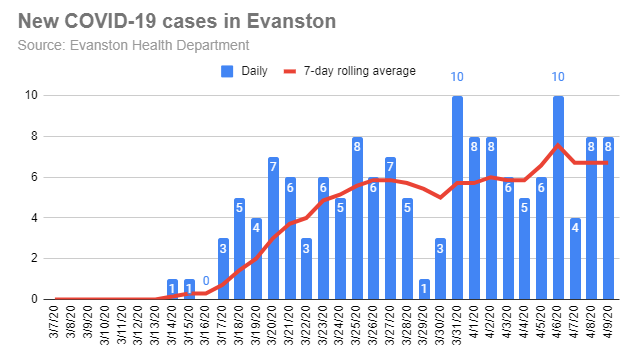 At his news conference this afternoon, Gov. J.B. Pritzker said the rate of increase in cases is looking “less and less exponential” that the state appears to be “bending the curve” but that doesn’t mean cases are yet declining and the improvement has only happened because people have been observing social distancing rules.

Asked what he would say to planners of big summer events, he said, “I think everybody needs to think seriously about canceling large summer events. I don’t see how you can have large gatherings of people until we have a vaccine. I would not risk having large groups of people get together anywhere” this summer.