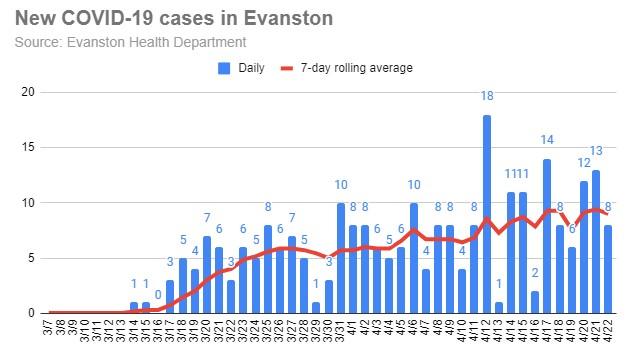 Gov. J.B. Pritzker this afternoon announced the opening of new drive-through testing sites in Aurora and Rockford and said that with the increased testing capacity statewide anyone who believes they’re suffering from COVID-19 symptoms can get a test, without getting an order from their doctor first, as has been required previously.

The number of tests reported today rose to 9,349, the highest daily count of the pandemic, but the percentage of tests returning positive results remained around 21 percent, as it has for the past 10 days, suggesting that the reported count of cases still understates the spread of the disease in Illinois.