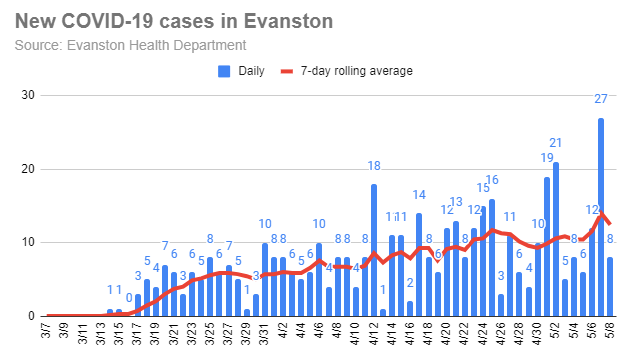 The state reported results of 20,671 coronavirus tests today, the highest test count yet. The rate of positive tests reach 14 percent — the second-lowest percentage of positive results in more than a month.

At his news conference this afternoon the governor said the mayor’s proposals are not in conflict with his plans and that local governments are allowed to be more strict about reopening than the state.

There was no immediate word Evanston Mayor Steve Hagerty about whether he’s planning any modifications here to the state reopening schedule.