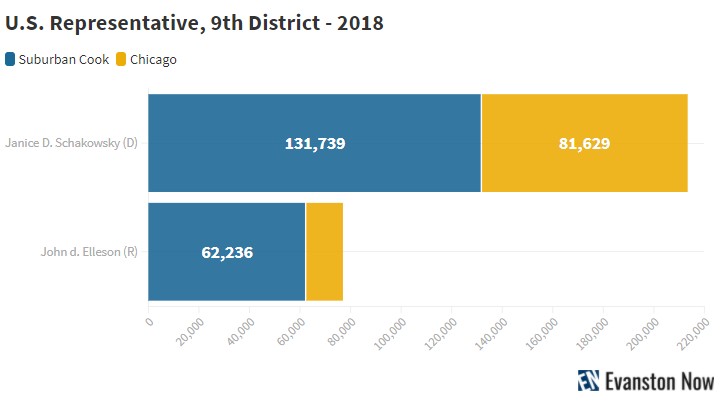 Here in deep blue Evanston, there’s unlikely to be much suspense about the outcome of key local political races Tuesday night.

But to give you a refresher on how the Democratic incumbents who are up for reelection to Congress and the state legislature this year did the last time they faced the voters, we’ve pulled together charts showing the results of their campaigns in 2018.

As the results come in on Tuesday night, Evanston Now will let you know how the local candidates are doing this time out.