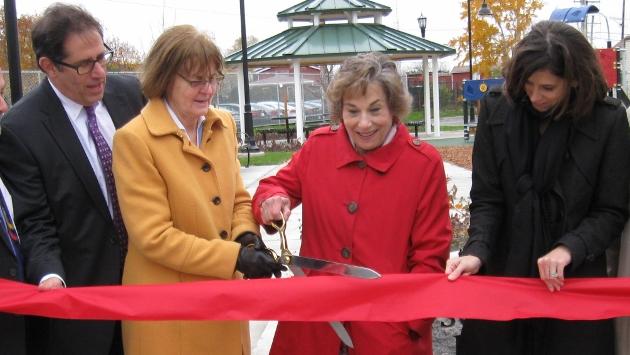 Thanks in large part to an $18.5 million federal grant, the Evanston Square Apartments were officially welcomed to Evanston with a ribbon-cutting ceremony Wednesday afternoon. 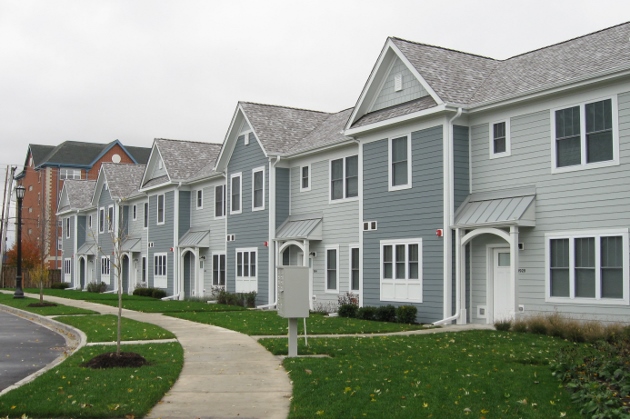 While an ailing knee prevented Ald. Holmes from attending the ceremony, the mayor lauded the alderman’s desire and hard work in creating “one of the greatest places to live in the United States.” 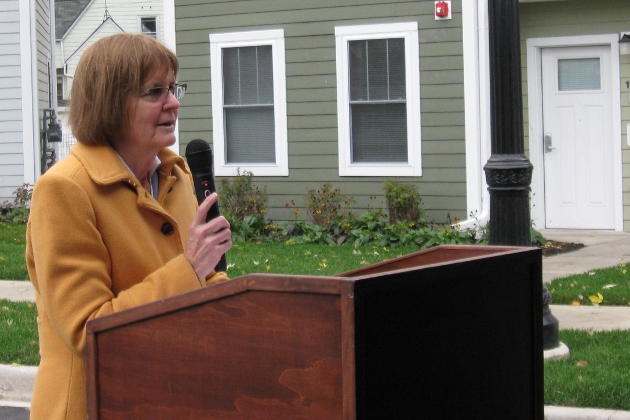 Also on hand was the executive director of the Illinois Housing Development Authority, Mary R. Kenney, and Sen. Durbin’s suburban outreach coordinator, Greg Bales, who told about 50 persons attending the ceremony that “this is what federal spending looks like.”

Completed to date are 32 apartments, all of which are under lease and 27 are occupied, according to David Brint, president of Brinshore Development, who hosted the gathering. 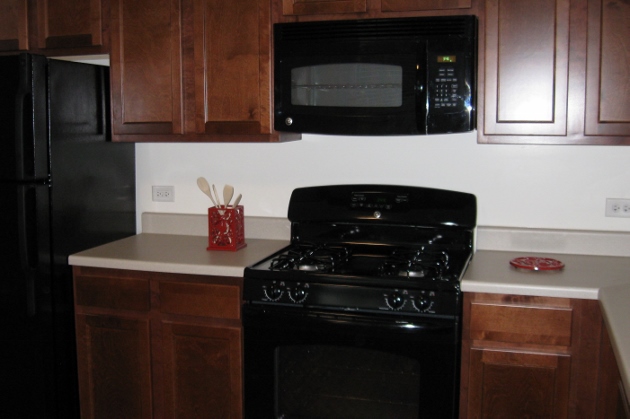 A kitchen in one of the three-bedroom units.

The units are reserved for families earning 60 percent or less of the area median income, or $44,160 for a family of four in Cook County. Included are four units for people with disabilities or special needs earning no more than 30 percent of AMI, or $17,670 for a two-person household in Cook County, according to IHDA’s Kenney.

The apartments are located off Foster Street, across from the Fleetwood-Jourdain community center, in the heart of the Fifth Ward, at a site that formerly housed a clothing manufacturer, described by Rep. Schakowsky as a “blighted site.”

Top: Tisdahl and Schakowsky cut the ceremonial ribbon, with Brint and Kenney looking on.