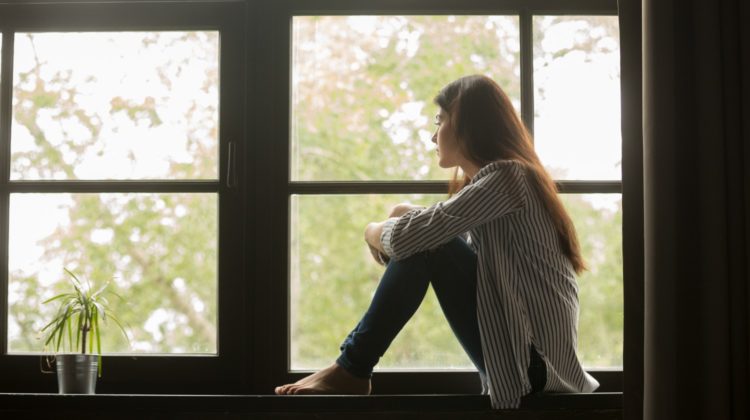 Those are words an Evanston parent used to describe the COVID-19 pandemic’s impact on teenagers, who were stuck at home on remote learning for more than a year.

That parent spoke at a recent District 202 Board of Education meeting, where another parent said teachers and administrators should expect a “tsunami of emotions” from their students when Evanston Township High School fully reopens for in-person learning in August.

“Adolescents thrive from being around other teens,” explains Rachel Levitsky, a licensed clinical social worker/therapist who lives in Evanston.

While remote learning helped prevent children from catching or spreading COVID-19, Levitsky told Evanston Now it also led to “a big increase in depression and anxiety due to social isolation.”

Those numbers do not indicate the type of mental health cases which were treated, but it is likely that at least some were attempted suicide.

Nationally, the Centers for Disease Control says that “during the pandemic, Emergency department visits for suspected suicide attempts among adolescents began to increase among adolescents, especially girls….”

The CDC says there was a shocking 50.6% increase in teenage girl suicide attempts (ages 12-17) in February-March, 20201 versus the same period the year before.

Perhaps the only bright note to that data is that the number of suicide deaths did not go up despite the increase in attempts.

Dr. Benjamin Shain, the head of the Division of Child and Adolescent Psychiatry at NorthShore, says that generally, children and teenagers are “pretty resilient,” and most will cope successfully with pandemic-related issues.

But for some youngsters, particularly for those who may have been dealing with emotional issues before COVID, the pandemic, which combined social isolation with the fear of family illness, could make things far worse

Not all childhoods are carefree. Kids can get depressed in ordinary times. But the pandemic, Shain says, “adds a universal overlay to their regular problems.”

Throw social media into the mix and you have another element which can both help and hurt. It seems like young people were constantly on their phones before COVID. But with school online for more than a year, plus all the social isolation, Shain says children became more dependent on social media than ever before.

Both Shain and Levitsky say it’s important for parents to recognize warning signs of depression in their children.

“Kids are grieving” the loss of cherished moments like the prom, or simple things like lunch with their friends, Levitsky says. “You can’t get that year back,” she notes.

“It’s important for parents to understand that loss,” Levitsky says. “It’s ok for children to be sad for what was missed.”

Shain says the most important thing a parent can do is just to listen. Mom or Dad should never respond with anything like “So you think this is bad? Why, when I was a kid ….”

Keep an eye on changes in things such as grades, sleep habits, and lack of interest in activities, Shain says. Any of those may indicate a need for professional help. All of them are definitely a red flag.

Both experts agree that the majority of children will come through the pandemic with their emotional health intact, although, as Levitsky notes, “it will take them time to find new footing.”

The concerned parents at the recent school board meeting said it’s critical for ETHS to make social/emotional health an equal priority this fall along with academics. And those parents were pleased that school officials promised to focus on “trust, empathizing, and humanizing” the in-school experience.

For some students, however, the challenge of pandemic-related depression will continue. “There will be kids dealing with this for years to come,” says Shain.

And even for those who are “OK,” OK may take on a new meaning.

“The innocence of being a healthy kid,” says Levitsky, “feels different.”