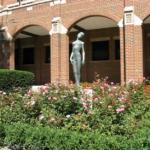 The only issue the Evanston Township High School District 202 School Board has with an administration proposal to end the practice of ranking students by grades is whether to do it now or wait for the Class of 2015.

Since September of last year, the ETHS Grading Committee has been exploring the merits of eliminating individual class rank of students.

Actually, it’s rather late to the party, as nearby schools such as New Trier, Glenbrook, Niles, Maine, Highland Park, as well as Oak Park River Forest, have already discontinued the practice.

Beth Arey, ETHS College and Career Coordinator, made the case at the board meeting Monday night, noting that class rank has diminished as a factor in college admissions.

The four primary factors in the admission process, she said, are grades in college prep courses, strength of curriculum, admissions test scores, and grades in courses.

At Northwestern University, she said, 20,376 of the 32,772 freshmen applicants this year had no class rank. Of those who were admitted and decided to attend NU, seven out of 10 did not report rank.

Rather than help students gain admission to selective universities, class rank more often hinders students, especially those who fall in the middle or near the bottom of the class.

She said it was not uncommon for students to take certain courses for the wrong reasons in order to improve their class ranking. What’s more important, she added, was for students to strive to make the best grades possible, which is something over which they have some control.

The administration’s proposal was to eliminate class rank at ETHS “effective for the Class of 2015.”

Board member Jonathan Baum said that “if we are doing a great disservice to our students by continuing class rank, then we should not continue the disservice to another class.”

When the proposal comes up for a vote at the next board meeting, he said, he will propose an amendment to make it effective with the Class of 2014.

The response from Superintendent Eric Witherspoon was that “we’re very open to what the board wants to do.”