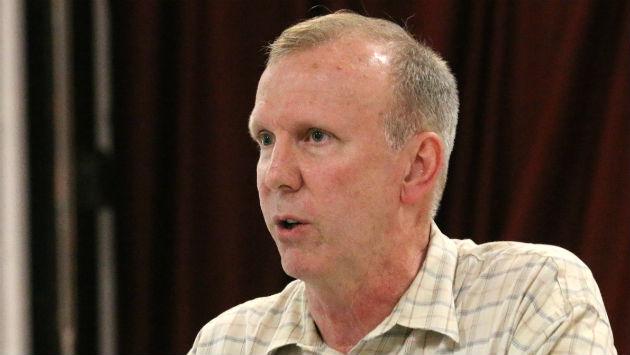 A group of activists called Thursday evening for spending much of the money generated by Evanston's tax the Church Street trash transfer station on testing to measure the environmental impact of the operation.

The city recently settled a suit in which the transfer station operator had challenged the tax. The settlment lets the city keep the $1.2 million it has collected so far, but will reduce future revenue from a reduced tax rate to about $100,000 a year, Assistant City Manager Marty Lyons told te group.

Rick Nelson of the volunteer Environmental Justice Subcommittee of the city's appointed Environmental Board said the group wants to see air quality monitoring at the transfer station and at homes adjacent to it, soil testing throughout the neighobrhood, noise level monitoring and year round measurement of odor levels.

He says the group would also like to have health monitoring conducted for nearby residents, including a study of asthma rates, and an engineering study to determine whether heavy truck traffic has damaged foundations of nearby buildings.

Alderman Peter Braithwaite, 2nd Ward, and others at the meeting suggested funds could be used for a variety of other projects as well including reducing the share of money neighbors would have to put up to get their alleys paved.

City staff prepared a map suggesting using the funds for a variety of city capital improvement projects in the neighborhood, including improving the atheltic fields at Mason Park, buying a vacant lot at the corner of Church and Darrow as a parking lot for the nearby Gibbs-Morison Cultural Center or purchasing portions of the abandoned Mayfair railroad right of way south of Mason Park to add to the parkland.

Braithwaite said there would be additional public meetings to reach agreement on a strategy for using the money, but that he wanted to make sure it was targeted to the immediate neighborhood that has suffered ill effects from being close to the transfer station.

The station couldn't be licensed at the Church Street location under current state rules, but because it was approved by the state decades ago under less restrictive standards, under state law it can continue to operate here. 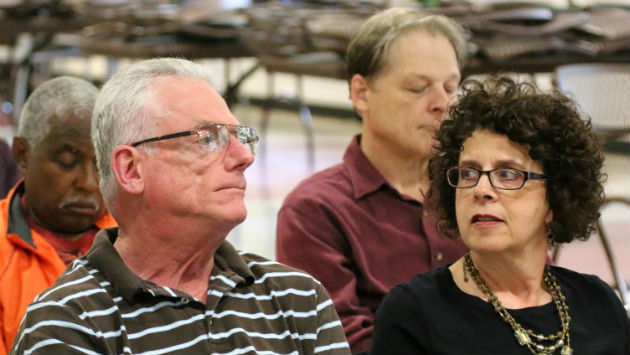 Residents at the transfer station meeting.

The roughly 30 residents at the meeting, held at the Fleetwood-Jourdain Community Center, spent much of the session asking questions about the current and planned operation of the transfer station, rather than what to do with the pot of tax money.. 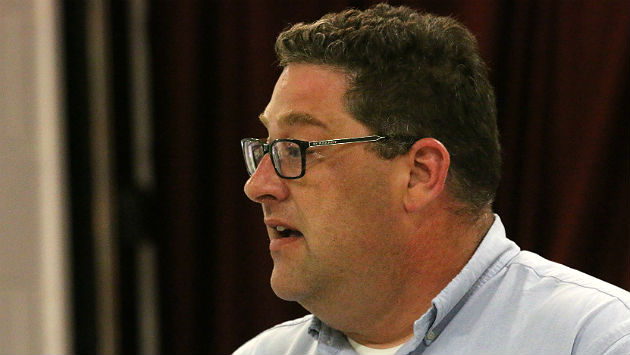 Steve Rooney, general manager for transfer station operator Advanced Disposal, said the company will soon seek approval from the city for plans to reconfigure the entrance to the facility and improve landscaping.

He said the company has installed an odor control system that runs all year and closes the transfer station doors and cleans the floors every evening. 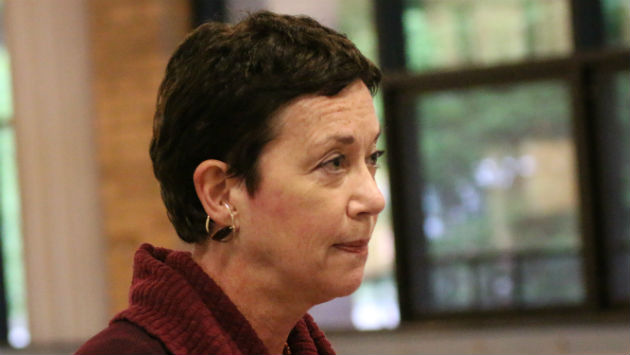 Muffy McAuley, an owner of the adjoining Strange Lofts live-work rental property, said conditions at the site are "much better than they were, but there are still some 'ripe' days."

She added that she's concerned that the renovation plans could lead to more trucks using the station and spending more time idling and spewing diesel fumes.

Lyons said the city has an anti-idling ordinance that limits idling time to 15 minutes that could be used to control the truck idling problem.

Rooney said, "We know we have fallen short in our operation in the past — even the recent past. Don't hesitate to contact us. We want to do business in this community and do a good job in your eyes."