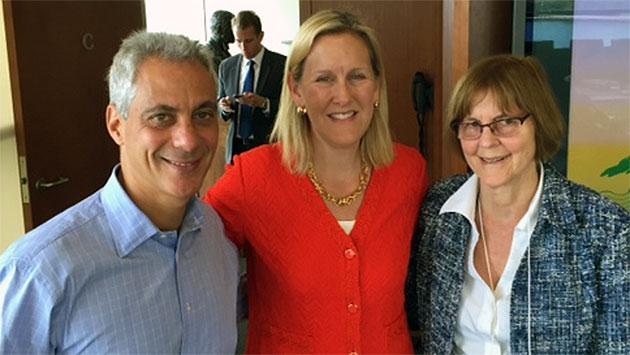 The Environmental Protection agency unveiled phase two of its plans to clean up the Great Lakes at a conference of the region's mayors in Chicago today, while the mayors, including Evanston's Elizabeth Tisdahl called for more action to protect the drinking water source for 40 million people.

Chicago Mayor Rahm Emanual said the mayors "stand united in our call for more, better and faster action to protect Great Lakes and St. Lawrence residents from the kind of threat that recently closed down Toledo’s drinking water system. This situation cannot and will not be tolerated as the new normal.”

“Lake Michigan is a precious resource to the residents of Evanston.  I am happy to join my fellow mayors in advocating for these important initiatives,” Mayor Tisdahl added.