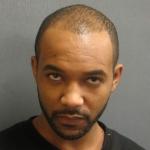 Evanston police seized 85 grams of cannabis and $4,100 in cash believed to be linked to drug sales during a routine traffic stop earlier this week.

The arrest occurred Monday at about 9:20 p.m. near Greenleaf Street and Asbury Avenue, when Papillon’s vehicle was stopped by an officer on patrol for a traffic violation, according to a police news release Wednesday.

Papillon is scheduled to appear in Skokie District Court on Dec. 23 at 9 a.m.