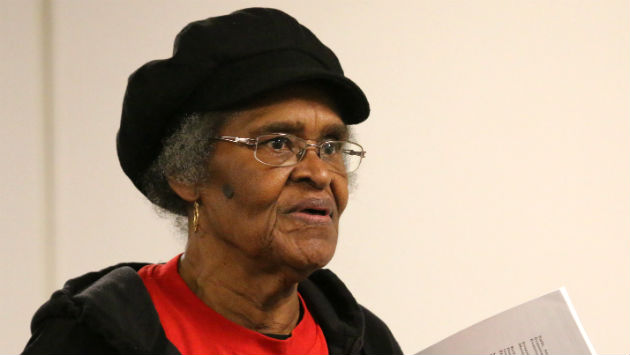 After a plea from former alderman Delores Holmes, City Council members voted Saturday to restore “equity” as one of the city’s top-level goals.

Holmes, the former 5th Ward alderman who now serves on the city’s Equity and Empowerment Commission, argued for reversing the decision aldermen made last month at the suggestion of Alderman Cicely Fleming, 9th Ward, that the equity concept instead be made a sub-theme for all the city’s other goals.

On Saturday Fleming said, “I woujld love for it to be a goal, but I don’t want to have a goal that we aren’t going to accomplish.”

She suggested city officials don’t yet have sufficient understanding of the issue to make it a primary goal. “It would just be more frustrating” to have it as a goal when “we don’t understand what racial equity looks like.”

Alderman Robin Rue Simmons, who succeeded Holmes in representing the 5th Ward, said she wanted to add the goal — of ensuring equity in all city operations — restored to the list.

Alderman Melissa Wynne, 3rd Ward, who’s also a member of the commission, said she agreed with Holmes and Rue Simmons. “If you don’t have it as a goal, it falls away,” Wynne said. “That doesn’t mean we have to achieve perfection in a year or two cycle, but we should hold it out as something that has high priority and that we’re working on.”

“I don’t think a single one of us is not committed to equity,” Wynne added.

Alderman Eleanor Revelle, 7th Ward, said she also wanted it to be a city goal. “What’s different this time is that we’ll be putting some objectives and measurable outcome that we want to see” as the Council plans to do for all its goals. “It won’t be simple verbiage, we’ll have outlined how we will implement the goals.”

The Council’s other four top-level goals are: