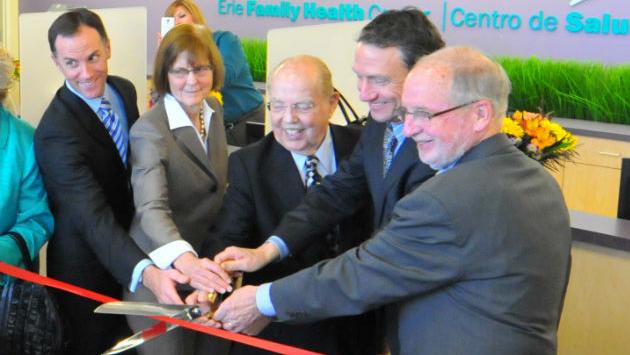 About 75 persons were on hand Wednesday morning to celebrate the grand opening of Erie Family Health Center’s permanent Evanston facility at Dempster Street and Hartrey Avenue, including a number of elected officials and community leaders.

Since October, the federally supported center was operating out of temporary quarters in the Lorraine Morton Civic Center. 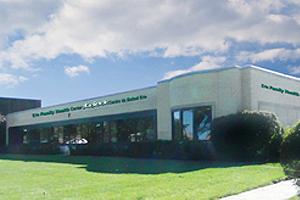 The new facility at Dempster Street and Hartrey Avenue

The Dempster location is expected to serve low-income patients in Evanston and Skokie, and both mayors of those communities were present at the opening ceremonies. 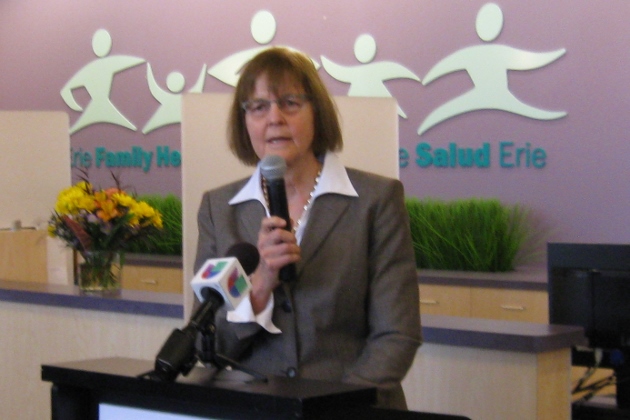 Evanston Mayor Elizabeth Tisdahl noted that, along with the school-based center at Evanston Township High School, Evanston residents have greater access to quality health care than ever before. She noted that her daughter, Kathy, is a volunteer at the center. 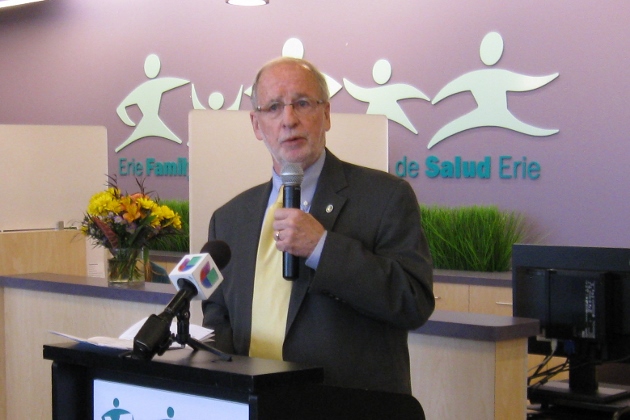 Skokie Mayor George Van Dusen said he considers the clinic a “genuine partnership” and added that he appreciates “the City of Evanston’s cooperation in establishing this clinic that will provide very important, much needed services to a good many residents from both Skokie and Evanston.”

He added: “I look forward to continued cooperation to serve our communities.” 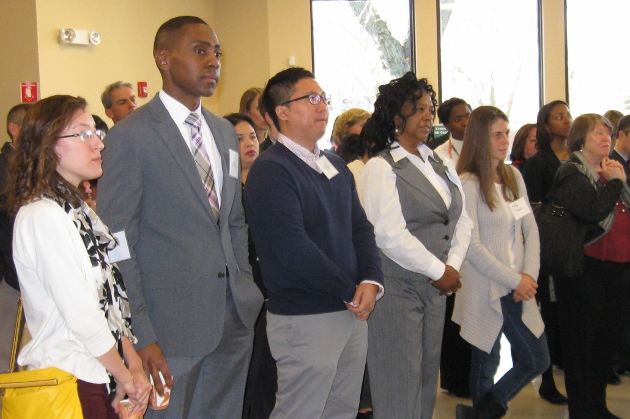 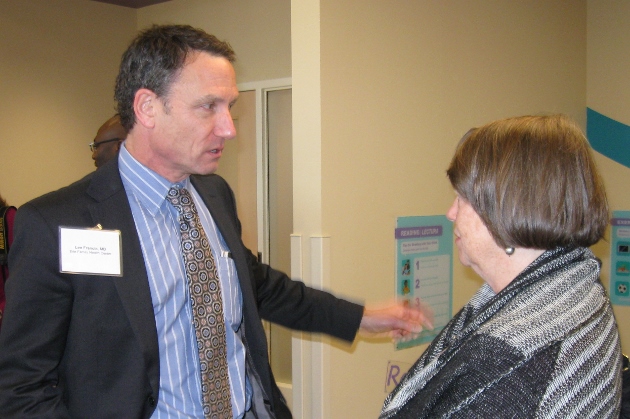 Erie’s president and CEO, Dr. Lee Francis, served as master of ceremonies at the opening, and said that since Erie opened in Evanston in October, it had served 1,400 medical patients and 850 dental patients.

The new permanent facility, he said, has 15 medical examination rooms and five dental suites that are expected to serve some 5,500 patients through more than 18,500 annual patient visits.

Founded in 1957 on Erie Street in Chicago, Erie’s expansion into the Evanston-Skokie area was made possible by an annual operating grant of $650,000 from the U.S. Department of Health and Human Services as part of the Affordable Care Act.

In addition, NorthShore University HealthSystem contributed $1.2 million for the new, permanent health center, as well as a total of $600,000 in operating support over three years.