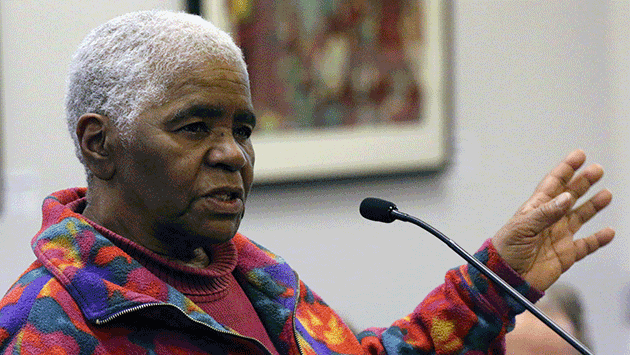 Evanston’s Board of Ethics is scheduled to hold a hearing Tuesday evening on complaints from community activist Betty Sue Ester who claims a range of violations in the 5th Ward aldermanic race.

While the code prohibits elected officials from engaging in political activities while they’re conducting their officials duties, Ester provides no evidence in her complaint that the endorsements by Braithwaite, Revelle and Tisdahl occurred at such times.

However Ester in her complaint does provide a copy of an endorsement message from Holmes that appears to have been sent using the city’s email distribution system.

Ester also claims, without citing any code provision to support her theory, that Rue violated the ethics code by being a member of the mayorally-appointed Aldermanic Compensation Committee and then later running for alderman.

And Ester, who lives at 1921 Dewey Ave. in the 5th Ward, claims that the city paid to rent a building that Rue has used for her campaign headquarters, a claim that both Rue and City Manager Wally Bobkiewicz have said is false.

The Board of Ethics meeting is scheduled for 7 p.m. Tuesday in Room 2403 of the Civic Center.

Update 4 p.m. 3/22/17: City Attorney Grant Farrar says the Board of Ethics ended up short of a quorum for its Tuesday evening meeting, so the hearing on Ester’s complaints has been rescheduled for the next board meeting on April 18.