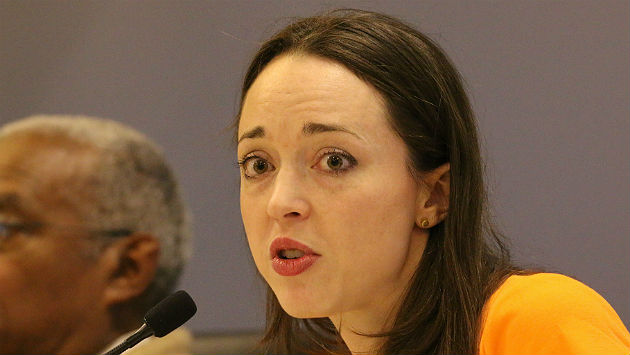 The heated contest to succeed Delores Holmes as 5th Ward alderman has spawned another complaint that the Evanston Board of Ethics, newly at full strength, will get to tackle next Tuesday.

Misty Witenberg, who finished fourth in the ward’s five-candidate primary on Feb. 28, has filed a complaint against Holmes claiming she violated the city’s code of ethics by forwarding emails Witenberg sent her about alleged actions of supporters of winning candidate Robin Rue to one of Rue’s supporters, Janet Alexander Davis.

The ethics code bars officials from disclosing “confidential information concerning the property, government or affairs of the city.” But the code does not provide guidance on whether and under what circumstances an email from a constituent would be considered to fall within that definition.

In addition, messages to and from the email accounts of aldermen may be subject to disclosure to anyone under the state’s Freedom of Information Act.

The other complaints before the board were filed by Betty Ester and Madelyn Ducre. They allege, among other things, that Holmes, Mayor Elizabeth Tisdahl, and aldermen Peter Braithwaite and Eleanor Revelle violated the code of ethics by endorsing Rue.

The City Council, on a split vote, approved the mayor’s selection of two new members for the ethics panel, and the reappointment of a third, on Monday night.