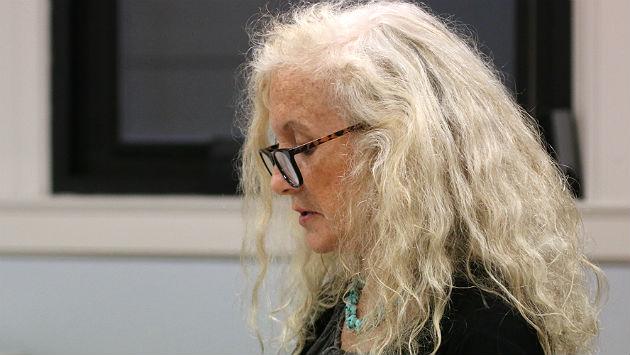 Evanston’s Board of Ethics voted Tuesday night to hear a complaint brought by two residents claiming that Alderman Peter Braithwaite, 2nd Ward, abused his power and intimidated them during a July City Council meeting when he criticized white residents for accusing black elected officials of racism.

“I have a difficult time when I hear white folks admonishing me and using the word racism like it’s some coined phrase that you just came up with,” Braithwaite said during call of the wards at the end of the July 15 meeting.

That meeting was dominated by public comment about and aldermanic discussion of a proposal from Mayor Steve Hagerty to censure City Clerk Devon Reid, who is black, for creating an unhealthy work environment for other city employees. The Council, on a 5-4 vote, tabled the censure motion.

Two residents who are not listed as having spoken during public comment at that meeting — Trisha Connolly and Albert Gibbs — filed the complaint against Braithwaite on Aug. 5.

During his remarks, Braithwaite added, “Unless you’ve walked in my shoes, or any one of us blacks sitting back here, I suggest you keep that to yourself. You want to have that conversation internally, I’m a big fan of that. But by no means do you stand at any type of judgment where you can sit there and call us racism.”

In the complaint, Connolly and Gibbs say, “We can’t help but wonder if perhaps Mr. Braithwaite wasn’t doing the bidding of those who want to undermine support given to aggrieved black community members and to weaken their cause and broader support. He seemed intent on casting a chill and fear among white people who sympathaze with black residents’ concerns and speak in support.”

Shawn Jones, an attorney representing Braithwaite at hte meeting, said, “If an aldeman says something you don’t like, it’s not always a Board of Ethics issue. If you don’t like what he said, run against him. What we have here doesn’t fit within the Code of Ethics.”

The board is scheduled to hold its hearing on the complaint at 7 p.m. on Tuesday, Oct. 15.

Braithwaite’s full remarks during call of the wards at the July 15 meeting can be found about 2 hours and 45 minutes into this video of the meeting.

Here’s a transcript of his remarks:

And I would agree with many of the words that Alderman Fiske says. There are folks on the internet, I don’t know what you do during the day but it’s amazing to see you ya post from 7 o’clock in the morning all the way until midnight.

So I don’t by choice choose to engage the work that I do in the city of social media, but I definitely appreciate the folks who take the time to call, versus just lazily sitting back and posting some whatever for however many likes.

So here are my other comments, just for my 2nd Ward residents, typically over the summer we don’t have ward meetings, there’s low attendance, I use it as an opportunity to do the individual neighborhood meeting and also attend block parties. So I want to thank the residents who came out this past Thursday at Heartwood Cafe to discuss the future of Curt’s Cafe, thank the residents who  came out to the Erie Center to discuss and receive updates regarding the HOW project.

In August we will post an open house, I’m inviting all the members of City Council to attend, those details will be coming forward, and I believe on the 22nd we’ll be hearing a proposal from HOW regarding supporting the services, excuse me, regarding funding for supportive services for the residents, not for the building but for the residents, that will be coming forward.

Also this weekend I attended a very well-represented meeting this Saturday at the Civic Center to discuss reparations and I think that’s some really important work to be done and thank Alderman Simmons as well as the Equity Commission for leading that.

And then, in August, we will have an update on the waste transfer station.

Regarding SP8 [the censure motion], it’s a difficult issue but pretty straight-forward to me. I think there are certain behaviors that we all are responsible for maintaining, and when you step outside of those expectations, I think it’s important that we speak to it.

I think what was made clear to me tonight, based on  our lack of clarification on rules, that we still need to have a clear process and do some work before we bring it back.

I want to make it clear to the 800 amazing staff that wake up every single day, the police and fire that put their lives at risk, that we care about you and I think it’s very important that we protect them.  And I think it’s unfortunate that our rules are not clear in terms of what happens when an alderman, a mayor or a city clerk step out of line.

And so I know and I’m going to ask Alderman Wilson to speak to this, we’re doing some work, on the ethics committee. I know Alderman Fleming, you have a report that you’ve asked for that’s going to come and I think it’s important that we state that.

I recall just a year ago that Alderman Simmons was — I’ll just use the word attacked — not because of how she treated someone but just for her employment. And it was clear there was an ethical board that there was a clear process that she was cleared, not once, but twice, maybe even three times. And she can stand on that, that she wasn’t found guilty.

And maybe, from what I hear from the residents, that we need to clearly address Rule 10.3 that Alerman Fleming pointed out. And again I want to be able to refer this to the Rules that should this happen that there should be I don’t know what it is, but I know that Alderman Wilson is working on, that we deal with it.

And I’m asking the residents, I don’t want to read your Facebook posts, if you really are concerned about this, to inbox me or call me, and I want to hear what your thoughts are in terms of consequences, whether it’s swearing, mistreating our staff, I think that given the social times that we do need to hold ourselves more accountable and there need to be more clearly defined consequences versus a simple public sanction, I don’t think that does enough justice for those that are victims of whatever perceived power and abuse that we have and I’m definitely going to be supportive of that.

The other thing that I think is real important to check and I’ve done this before, and I don’t apologize for whoever’s feelings that I hurt. I really sit here and I have a difficult time when I  hear white folks admonishing me and using the word racism like it’s some coined phrase that you just came up with.

Unless you’ve walked in my shoes, or any one of us blacks sitting back here, I suggest you keep that to yourself. You want to have that conversation internally, I’m a big fan of that  Internal versus external conversations — do that.

But by no means do you stand at any type of judgment where you can sit there and call us racism.

This is an amazing town, that I love. We all, behind this dais, gave out time our energy and sacrifice, time away from our family, to serve this community for everyone.

Sad, really sad, that this issue has become so racially divisive.

Love this town, where my kids are able to grow, have whatever conversations, benefit from the diversity, as crazy as may be and seem at times, but it’s an amazing town.

And whenever I hear someone say that they want to pack up and leave, I’m like — go — there’s nothing holding you back. For those of us that stay and fight for the values, even in our diffiuclt times, thank you all very much , and — I’m going to stop right there. Thank you.