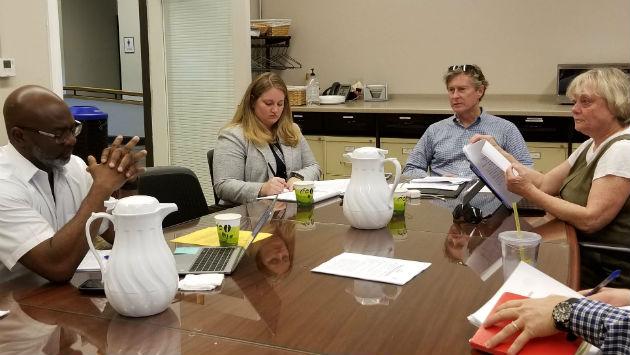 The Ethics Subcommittee wrapped up eight months of work Monday and sent its proposed rewrite of Evanston’s Code of Ethics to the full City Council Rules Committee.

Under the proposed changes, the city would hire an outside attorney to guide ethics investigations and conduct hearings and Board of Ethics members would be appointed annually by the mayor rather than for three year terms.

Also, while the board would determine whether violations of the code had occurred, penalties for violations by elected and appointed officials would be determined by the City Council, which could overturn a board finding of a violation by a two-thirds vote.

The changes also would clarify that while city employees are required to be impartial in their interactions with the public, aldermen are not.

“I’m happy ‘impartiality’ won’t be for elected officials,” Alderman Judy Fiske, 1st Ward said. “Our job is to be partial and make decisions.”

Complaints against aldermen arising from the “impartiality” standard, filed by residents who opposed their stands on public issues, have occupied much of the Board of Ethics’ time over the past couple of years.

During public comment at the meeting, Trisha Connelly, who currently has a complaint before the Board of Ethics against a subcommittee member, Alderman Peter Braithwaite, 2nd Ward, said she wants the city to have an independent board, not part of the city structure, to hear citizens out.

At its final meeting the subcommittee voted to make several revisions to the draft of the new ordinance it was considering.

They included specifying that the City Council would review ethics board findings in executive session only if the issues involved were subject to exceptions under the open meetings act, to clarify that the ethics board doesn’t have the authority to impose penalties itself and to remove “expulsion from a meeting” as a penalty option.

The committee also decided to suggest several points for the Rules Committee to discuss about possible modifications to the draft ordinance.

Braithwaite suggested raising the cap on proposed financial penalties from $500 to $1,000.

Fiske suggested removing a provision that would allow some hearsay testimony at Board of Ethics hearings.

Alderman Don Wilson, 4th Ward, the subcommittee chair, said he had concerns about the “reasonable person” standard specified for whether officials should recuse themselves when there is an appearance of a conflict of interest.

“I want to make that less fuzzy,” Wilson said, “so that’s a discussion point for the full committee.”

Members of the current Board of Ethics have objected to some of the proposed ordinance changes in the past, but none of them attended Monday’s subcommittee meeting.

A discussion of the ethics code ordinance changes is scheduled for the Monday, Oct. 7, meeting of the Rules Committee.

Panel wants outside counsel for ethics board (3/13/19)