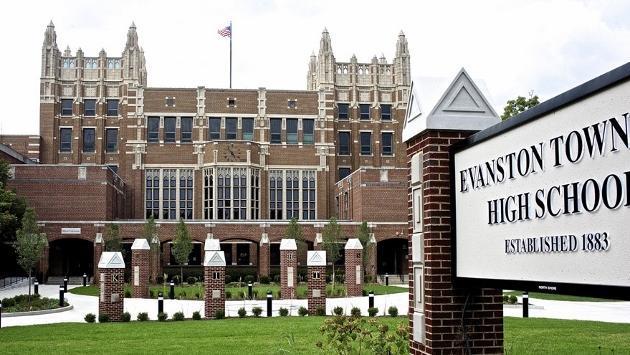 The Evanston Township High School District 202 Board unanimously rescinded Tuesday night a resolution it had passed last month that would have restricted the ability of its members to share internal memoes with outsiders.

Faced with overwhelming public backlash, backed up by a letter from the senior staff counsel of the ACLU of Illinois that suggested that “this policy diminishes government transparency and raises serious constitutional issues,” board members quickly reversed their earlier position.

When the issue surfaced at the December 11 meeting, Board President Pat Savage-Williams apparently presented it as a public rebuke of an action by board member Jonathan Baum, who admitted to sharing the contents of a memo to the board from Superintendent Eric Witherspoon concerning an issue involving the confiscation of the student newspaper that had published a series of articles dealing with marijuana usage by students.

The resolution would require that the member tell the author of the material what he or she was going to do with the information before releasing it.

Savage-Williams did not back down from that criticism Tuesday night, saying that Baum’s actions “violated the oath of office, the board’s code of conduct, and the board’s policies.”

When the resolution was presented, Baum and fellow board member Gretchen Livingston, both of whom are lawyers, warned the other board members that the resolution might be construed as a violation of the state law under the Freedom of Information Act (FOIA).

Witherspoon, however, said the text of the resolution had passed muster with the board’s legal counsel and that the school would continue to honor FOIA requests from the public in full compliance with the law.

Although Savage-Williams continued to insist that the board’s action was legal, she said Tuesday night that “the resolution was never intended to avoid the school district’s transparency obligation. Rather, its intent was to address how board members are expected to handle certain communications.”

When the vote was taken in December, it passed by a 5-2 margin, with only the two lawyers on the board voting against it.

Tuesday night, the motion to rescind was offered by Patricia Maunsel and seconded by Mark Metz, both of whom had voted in favor of the resolution last month.

Board members who spoke in favor of rescinding the December vote made statements Tuesday night that implied that the board had more important issues to deal with and that to continue to make an issue over the disclosure of information that could legally be obtained through the FOIA process was a “distraction” that was not worth fighting over.

“This board has far more important issues that it must address this coming year,” said Savage-Williams, “and cannot be hampered by this unnecessary distraction,” adding that “this issue has already taken up too much of our time.”

Maunsel concurred with those sentiments and added: “I do think that it is important that we move on and work together as a board.”