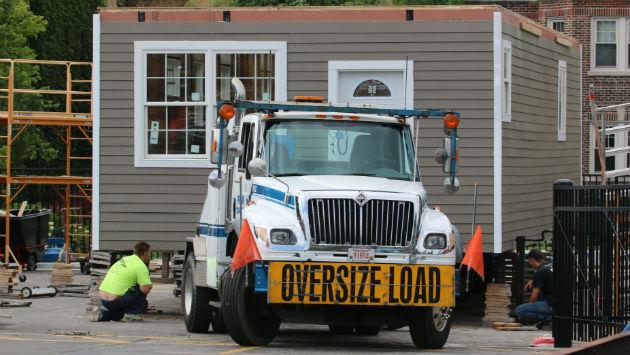 This year’s output of the Evanston Township High School Geometry in Construction program is on the move today to its final location at 1509 Emerson St.

The moving crew started work before 9 a.m. to move the two-story home from the construction site on the high school campus. Each floor of the home is being moved on a separate trailer. 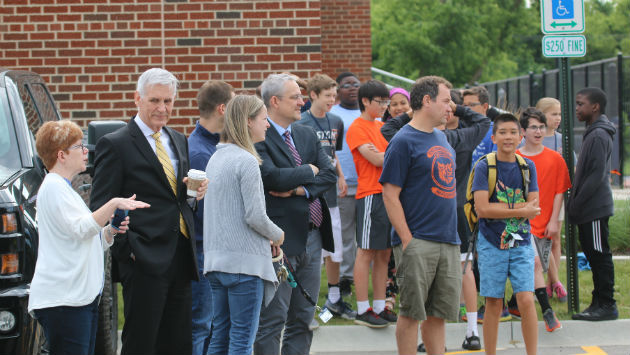 Some students and school officials, including Superintendent Eric Witherspoon were on hand to watch the move.

The project is a collaboration between the school, the City of Evanston and Community Partners for Affordable Housing. 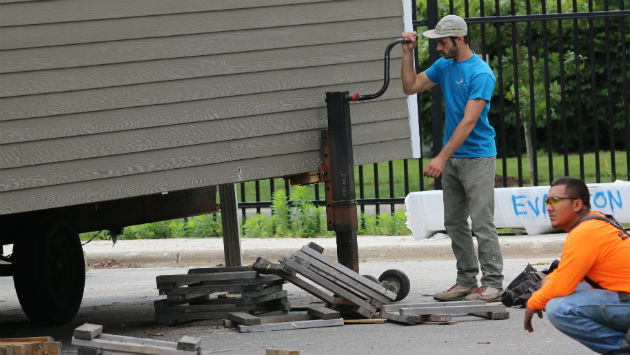 A workman lowers a jack used to prop up the house while the trailer was slid beneath it.

The house will be available for purchase by a family whose income doesn’t exceed 120 percent of area median income. For a family of four that would mean an income less than $95,000. Anyone interested in buying the home can contact CPAH at 847-681-8746. 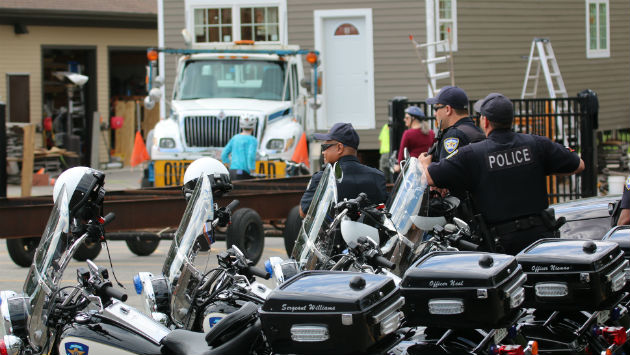 Officers from the Evanston Police traffic unit were on hand to direct traffic during the house move.

The route for the house move is Lake to Dodge to Emerson. The plan is to have house on its new site by 1 p.m.

The property at 1509 Emerson St. was acquired by the city a few years ago under its federal Neighborhood Stabilization Program grant. But the three-flat building on the site turned out to have more serious structural problems than could be addressed under that rehab program, so the building was eventually torn down.