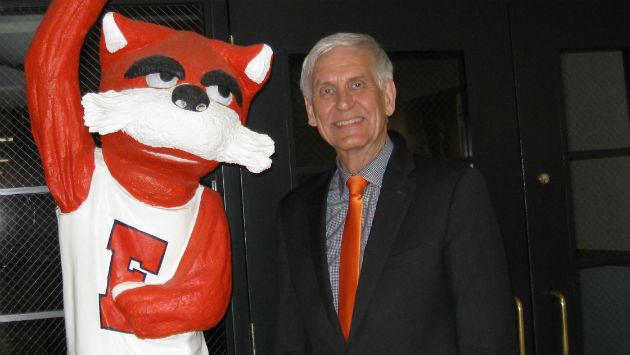 Witherspoon, 67, has held the job since 2006 and is noted for his exuberance and his advocacy of programs designed to raise the educational outlook of previously low-performing students.

He has been an enthusiastic supporter of the community’s cradle-to-career initiative, a collaborative involving Evanston’s two public school districts, Northwestern University, the City of Evanston, and the community’s major not-for-profit organizations that deal with young people.

Every one of the board members lauded his performance at Monday night’s board meeting. Two years ago, they extended his contract to June 30, 2017.

Board President Pat Savage-Williams described his leadership as “incredibly impressive.”

Doug Holt praised the superintendent’s “sense of mission and purpose,” adding that “without your leadership, we wouldn’t be where we are today.”

Gretchen Livingston said Witherspoon has been “a terrific leader throughout.”

Mark Metz said he is “grateful and relieved that you are going to be with us for an extended period.”

The newest member of the board, Anne Sills, said she has been “very supportive of the direction of the school” under his leadership.

And Jonathan Baum expressed pleasure that Witherspoon will be in charge “during the financially difficult years ahead of us.”

The representative of the school’s student body, Camille Allen, who regularly sits with the board as an observer, said on behalf of the students that “it is not an understatement to say that we love you.”

For his part, Witherspoon expressed his thanks to the board and expressed his view that “this is the best job in Evanston. I’m thankful to be a member of this community.”

During his tenure, Witherspoon fought hard for a change in the Freshman Humanities curriculum that gave most incoming freshmen an opportunity to earn Honors credit and to put them on track to qualify for Advanced Placement courses later in their high school careers.

Last year, the school made significant advances, compared with national averages, in the scores of students on the ACT exam that plays an important role in college placement. And it consistently ranks in the top 2 percent of high schools in the nation, based on various rankings.

Before coming to Evanston, Witherspoon was superintendent of schools in Des Moines, Iowa.